Did you get a job in March? If the answer is yes you weren’t alone as 40,600 new positions were created in Canada.

As economists show tentative excitement the economy is entering recovery mode, a drop in unemployment from 7.3 to 7.1 per cent will only serve to fuel the fire.  This comes on the heels after three months of little change. 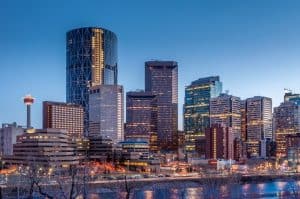 A significant number of the jobs added were full time and in the private sector, with experts suggesting the Statistics Canada figures are a sign the country is emerging from weak dollar and low oil price gloom.

« It gives us a picture of a job market that I think overall is pretty healthy given the current circumstances, » one economist said.

Surveys had predicted the addition of 10,000 jobs in March, maintaining the unemployment rate. The six month average is 11,000 and the normal expectation is 16,000 new positions.

Delving into the sectors reveals it’s not all blue sky and sunshine. Although 74,700 jobs were added in the service industry, manufacturing shrunk 1.8 per cent with a loss of 31,800 positions.

In Nova Scotia, employment increased by 3,400 in March. As more people participated in the labour market, the unemployment rate held steady at 9.1 per cent. Despite the increase in March, employment in the province has been on a downward trend since the fall of 2015.

Employment in Prince Edward Island declined by 700, and the unemployment rate was 11.0 per cent. In the 12 months to March, employment in the province decreased by 2,300 (down 3.1%).

Employment in British Columbia was little changed in March; however, on a year-over-year basis, gains totalled 72,000 or 3.2 per cent – still the fastest growth rate among all the provinces. In March, the unemployment rate remained at 6.5 per cent, though it was up 0.6 percentage points compared with a year earlier, as more people searched for work.

In Ontario, employment was also little changed in March, and the unemployment rate stayed at 6.8 per cent. On a year-over-year basis, employment in the province increased by 86,000 or 1.2 per cent, the second highest rate of growth among the provinces. All of the gains were in full-time work.

There was little change in employment in Quebec on both a monthly and a year-over-year basis. The unemployment rate was 7.5 per cent in March.

Economists forecast that in 2016, employment growth will be led by British Columbia, Ontario and Quebec.