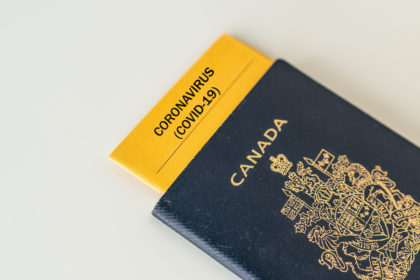 Coronavirus restrictions have made the first half of 2020 a major challenge for Canada’s immigration system.

With international travel restricted and the Canada-U.S. border closed since mid-March, permanent resident arrivals initially slowed to a fraction of the number seen earlier in the year, before picking up again in May, with 11,000 newcomers welcomed.

With COVID-19 cases spiking in many U.S. states, it seems likely the current border closure to non-essential travel will continue beyond the current July 21 expiry.

However, the federal government never broke stride with Express Entry draws and the numbers of invitations issued to immigration candidates.

The first half of 2020 saw nearly 50,000 ITAs issued, exceeding both 2018 and 2019 and representing the second-highest total on record for the first six months of a year.

Canada’s federal and provincial governments are carefully trying to find the right balance of reopening economies without causing a second wave of the virus, which has caused restrictions to be reimposed in several parts of the U.S.

Canada has fared well in its coronavirus response, managing to limit its spread where other countries have failed. The great unknown is the impact a second wave of the virus could have, but up to this point, Canada is carefully entering recovery mode.

Any recommencement of Canada’s full immigration program can only come after international travel restrictions have been lifted.

So what could Canada immigration look like in the remainder of 2020?

What Is The Current Situation?

Canada’s federal government imposed sweeping international travel restrictions and closed the border with the U.S. in mid-March as it took drastic measures to prevent the spread of coronavirus.

Citizens, permanent residents, those registered under the Indian Act and protected people can travel to Canada.

Exemptions were quickly put in place for:

A further exemption introduced in June saw immediate family members of citizens and permanent residents allowed to travel, provided they are staying in Canada for at least 15 days.

Anyone traveling to Canada must quarantine for 14 days on arrival and be able to present an acceptable quarantine plan to Canada Border Services Agency officers on arrival.

How Have Restrictions Affected Those With Pending Immigration Applications?

Immigration, Refugees and Citizenship Canada (IRCC), as well as Canada’s provincial immigration offices including Quebec, are doing everything they can to ensure applications are not refused because of coronavirus restrictions.

This has included granting a number of extensions to deadlines for submitting paperwork and biometrics, which has not been possible in many cases due to the closure of Canada’s network of Visa Application Centres.

VACs are gradually reopening to provide services to permanent and temporary residence applicants.

International students have been told that time spent distance learning due to coronavirus will not impact their eligibility for the Post-Graduation Work Permit (PGWP). Time spent studying outside Canada will also not be deducted from the length of any PGWP.

What Has Been The Express Entry Response?

At the federal level, through the Express Entry System, Canada has kept up draws every two weeks, issuing upwards of 3,500 Invitations to Apply each time, resulting in 50,000 ITAs being issued in the first half of the year.

IRCC officials switched to program-specific draws targeting Provincial Nominee Program (PNP) and Canadian Experience Class (CEC) candidates, both more likely to already be in the country and therefore not be affected by travel restrictions.

In early July, IRCC conducted the first all-program draw since coronavirus restrictions were imposed, issuing 3,900 ITAs to candidates from the Federal Skilled Worker and Federal Skilled Trades categories, as well as the CEC and the PNP.

An ITA is the start of the process for the Express Entry system, after which candidates must submit full applications for Canada immigration. IRCC admits that it currently cannot estimate what the processing time will be once that full application is submitted, due to the impact of COVID-19.

As an overall response, Canada’s immigration system has shown its ability to pivot and react during a crisis that has gripped the world.

In the week before coronavirus restrictions swept the nation in March, Canada Immigration Minister Marco Mendicino presented an immigration levels plan to parliament calling for more than a million new arrivals between 2020 and 2022, including 341,000 this year.

“At its core, immigration is about people coming together to build a stronger country, which is what we’ve seen throughout our history, throughout this pandemic and, I’m confident, what we will see in the future,” Mendicino said earlier in the pandemic.

His deputy, Catrina Tapley, has since admitted the 2020 target is unlikely to be reached, although Canada is preparing for a surge in applications in the second half of the year.

A tender document published on an official government website in June said an application surge was expected to put a ‘tremendous demand’ on government resources.

In preparation for the post-pandemic situation, IRCC must consider a range of updates to processes including paper applications, immigration interviews and a computer system overhaul, the document said. Only then will it be ready to cope with the expected increase in applications.

The ‘urgent’ tender request said: “IRCC needs to act quickly to develop (i) updated and new strategies, and (ii) processes and digital systems to cope with the rapid change it is undergoing.”

It added: “When travel restrictions begin to ease, a significant surge of applications and support requirements is anticipated, putting tremendous demand on our global operations and supporting branches.”

What is Happening in the U.S.?

As Canada has continued to reassure candidates its immigration program will continue post-coronavirus, the U.S., under President Donald Trump, has effectively done the exact opposite.

Trump’s administration recently extended its ban on green cards issued outside the U.S. for the remainder of 2020, also freezing the issuance of H-1B, H-2B, J-1 and L-1 visas in the process.

The move is expected to push more foreign talent towards Canada, and push more of the foremost U.S. tech companies to set up offices here in order to circumnavigate Trump’s policies.

Work and Study Permits in the Rest of 2020

Canada has continued to allow Temporary Foreign Workers to travel to Canada during the coronavirus crisis, recognizing the vital role they play in food and economic security.

IRCC announced an exemption for TFWs on March 26 2020, and officials are prioritizing NOC codes seen as vital to the Canadian economy.

Canada also moved to slash the time it takes for temporary foreign workers to be allowed to start a new job to help employers during the coronavirus crisis.

With Trump’s immigration and work visa ban in place, Canada can expect to see a significant uptick in work permit interest in the rest of 2020.

With H-1B visas frozen until the end of 2020, whenever international travel restrictions are removed and the Canada-U.S. border reopened, Canada’s Global Talent Stream and its two-week visa processing could see a significant popularity boost.

Meanwhile, international students who held a valid study permit, or had been approved for a study permit, before March 18 can continue to travel to Canada.

Canada has also made a number of concessions concerning distance learning and the Post-Graduation Work Permit to accommodate international students.

When colleges and universities will return to in-person classes in the fall remains to be seen, with provinces making decisions on an individual basis.

Foreign students approved after March 18 are also waiting to see if travel restrictions are lifted to allow them into the country in time for the start of the new academic year.

The resumption of immigration to Canada depends firstly on how soon the federal government opts to resume international travel.

Officials will be watching Canada’s economic data closely, including the unemployment rate, to see how quickly the country can bounce back from the adverse impact of the coronavirus crisis.

If the bounce back is successful, Canada could resume welcoming increased numbers of immigrants in the second half of 2020.

However, as officials have already said, it is unlikely the pre-pandemic target of 341,000 newcomers will be reached.