May 16, 2017 – Lawyers for a former immigration detainee who was put in jail for more than five years say the Canadian system for holding deportation candidates is unconstitutional.

Alvin Brown was deported to Jamaica in 2016 by the Canada Border Services Agency (CBSA) after spending half a decade in a maximum-security jail without trial.

His lawyers told Canada’s federal court this goes against the section of the Charter of Rights and Freedoms that protects against indefinite and arbitrary detention and cruel and unusual treatment. 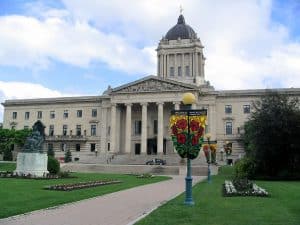 Canada is one of the only developed nations in the world to detain immigrants indefinitely in this way. The European Union places an 18-month limit for its members in special cases, with many of them setting their own lower limits. U.S. rules state that, after six months, if deportation is not ‘reasonably foreseeable’, the detainee should be released.

CBSA officials hold thousands of people each year if they are deemed dangerous, considered a flight risk, or their identity cannot be confirmed.