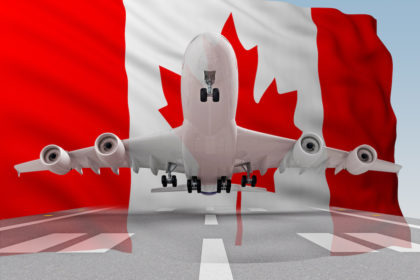 Canada immigration numbers dropped off slightly in April, with 21,105 new permanent resident arrivals, although it remained the fourth-highest monthly total since COVID-19 travel restrictions were imposed.

The latest federal government figures show Canada welcomed 91,580 newcomers in the first four months of the year, compared to just over 73,240 in 2020 – a solid start on its way to an ambitious target of 401,000.

However, the numbers are still well short of those needed for Canada to its target. If 91,580 newcomers are welcomed every four months this year, the total would reach only 275,000 permanent resident admissions.

Of crucial importance is Canada’s plan to begin removing international travel restrictions in early July. Although the initial step is likely to be the removal of the 14-day quarantine for citizens and permanent residents only, it represents an important move in the right direction for the return of new immigrant arrivals from overseas.

Meanwhile, Immigration, Refugees and Citizenship Canada (IRCC) has also significantly increased the numbers of Invitations to Apply being issued through Express Entry, including 27,332 in a single Canadian Experience Class draw on February 13.

Canada has enhanced screening measures and pre-arrival testing for anyone entering the country’s land or air borders and a 14-day quarantine for non-essential travellers.

All travellers coming to Canada by air for non-essential reasons need to stay in government-designated hotels for three days at their own costs after getting a COVID-19 test.

Ottawa recently extended its restrictions on international travel to Canada and the Canada-U.S. border until June 21. It remains to be seen whether the restrictions will be extended by a further month.

Canada’s vaccine campaign is now fully underway, with Prime Minister Justin Trudeau reassuring Canadians that anyone wanting to be vaccinated will have their injections by the end of the summer.