The Canadian federal government has tripled the number of Invitations to Apply (ITAs) it issues in periodic draws, under the Express Entry System, since August 2016.

Over the last three months, the numbers for each draw have sharply risen from 750 on August 24th to 2,427 in the most recent draw conducted on November 16th.  During this period, more than 10,000 invitations have been issued.

It is not known whether the rise will continue, especially given the recent changes made to how Express Entry Comprehensive Ranking Score (CRS) points are awarded. 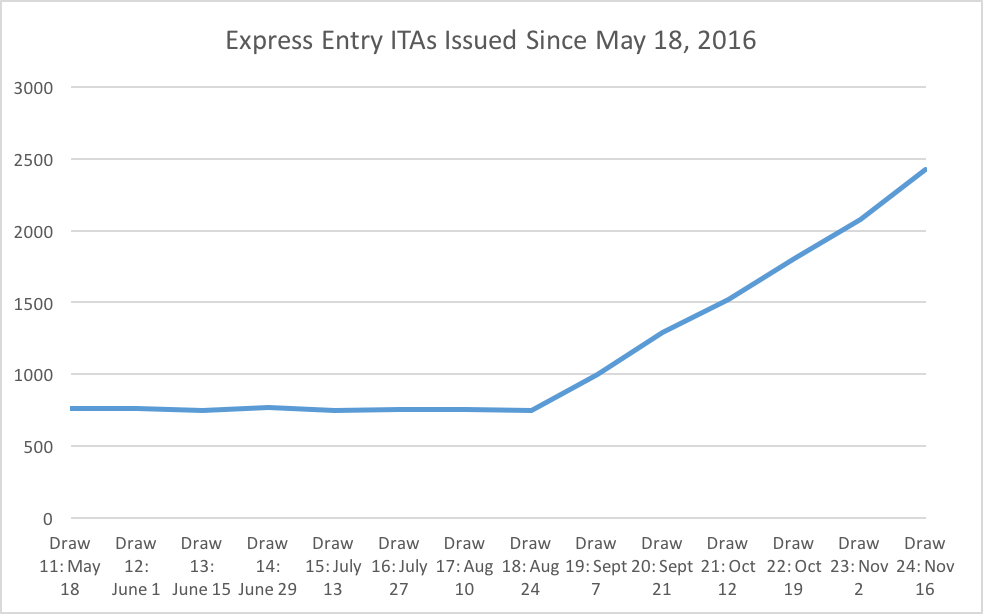 Before August 24, the trend was for the draw to issue in the region of 750 ITAs, a drop from the beginning of the year when numbers averaged more than 1,000.

At the same time, although the CRS score threshold has dropped from a peak of 538 on August 24 to 470 on November 16, the CRS trend is not as dramatic as the rise in the number of ITAs. 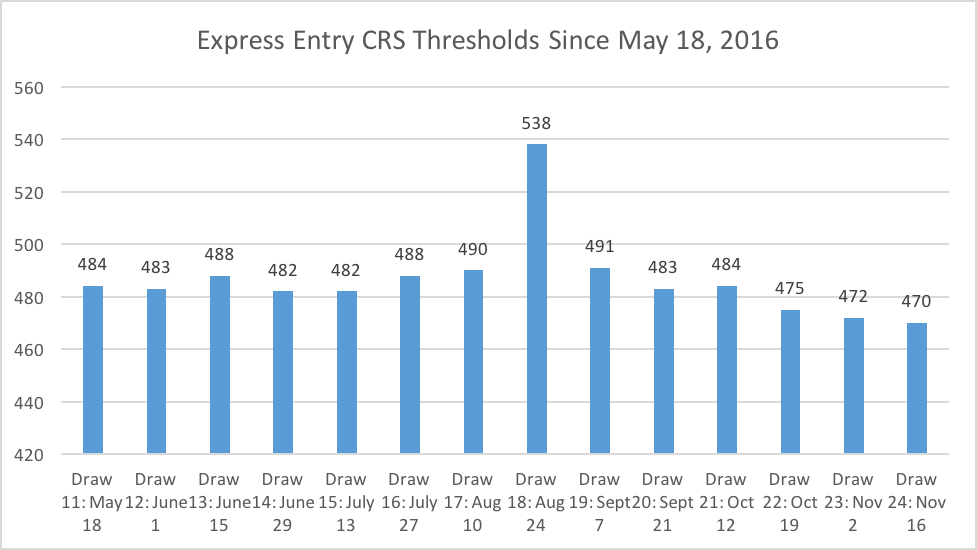 It also suggests there were a large number of applicants in the pool with scores in the range of 470 before changes to the allocation of points came into effect on November 19.

The new regulations will also benefit international students completing recognized degrees and diplomas in Canada by awarding points to students completing a three-year post secondary, master’s, professional degree or doctorate.  Students who complete a post secondary diploma of at least one year duration, will also be recognized. No points are awarded for a high school certificate obtained in Canada.

Applicants submit an online profile to the Express Entry Pool.  Canadian employers and provincial governments across Canada access the best candidates who are ranked against each other.

The best candidates are invited by the Federal government to apply for Canadian permanent residence under periodic draws.