Canada Unemployment Lowest Since Before 2008 Downturn

August 4, 2017 – Canada’s unemployment rate has dropped to its lowest since before the 2008 global financial crisis, according to the latest government figures. 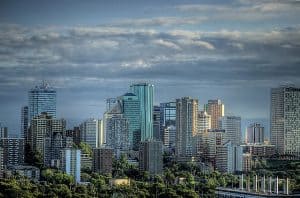 In the provinces, Quebec’s unemployment dropped to 5.8 per cent, the lowest since comparable record keeping began in 1976.

Out in the provinces, there were some major positive movers.

Manitoba’s unemployment rate is the lowest out of all the provinces, hovering at exactly 5 per cent after dropping 0.3 percentage points since June 2017. Manitoba added 4,800 jobs in July, bringing the year-on-year increase to 13,000, or 2.1 per cent.

Ontario also added a healthy 26,000 jobs to see its unemployment rate drop by 0.3 percentage points to 6.1 per cent. The province has added 138,000 jobs in the last year.

Quebec added 4,700 jobs, mostly in full time work. In the last 12 months, the French-speaking province’s unemployment rate fell a significant 1.2 percentage points to 5.8 per cent, the lowest since records began. It has also added 124,000 jobs in the last year.

New Brunswick’s unemployment rate of 6.5 per cent is also a new record, with a June to July drop of 1.6 percentage points.

The wholesale and retail trade industries spearheaded the healthy results by adding 22,000 jobs. Employment has now risen by 94,000 or 3.4 per cent in the last year, with a particular upwards trend since the end of 2016.

Elsewhere, there were significant monthly employment rises in information, culture and recreation (18,000), manufacturing (14,000) and transportation and warehousing (8,400).