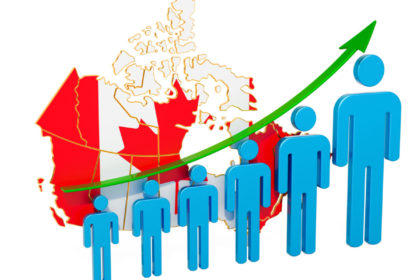 The drop in Canada immigration caused by the COVID-19 pandemic threatens to derail an important driver of economic growth, a new RBC Economics report has warned.

International travel restrictions and the closure of the Canada-U.S. border were necessary to stop the spread of the deadly virus.

Now RBC Economics is predicting Canada will welcome a maximum of 70 percent of the targeted 341,000 immigrants in 2020.

Canada Steps Up Efforts to Lure U.S. Technology Talent Hit By Trump Visa Crackdown
Where Have Canada’s New Immigrants Come From So Far In 2020?
Canada-U.S. Border Closure Extended Until September 21

Immigration is the major driver of Canada’s labour market and population growth, with many employers heavily reliant on newcomers to fill vacancies.

“The reduced flow threatens to, at least temporarily, derail what’s been a major source of economic growth for Canada in recent years,” the report said.

It added: “Given the demands COVID-19 has placed on Canada’s health-care sector, especially in long-term care facilities, the need for workers has never been greater and any slowdown is likely to add to existing strains.”

The statistics are revealing: Canada’s second-quarter intake of 34,000 new permanent residents is down by two-thirds on the same period of 2019. Work permits entering into effect in the second quarter were down by half, while study permit processing plummeted 90 percent.

Nearly 60 percent of the second quarter’s permanent resident arrivals were already in Canada, a figure that normally hovers around 20 percent. 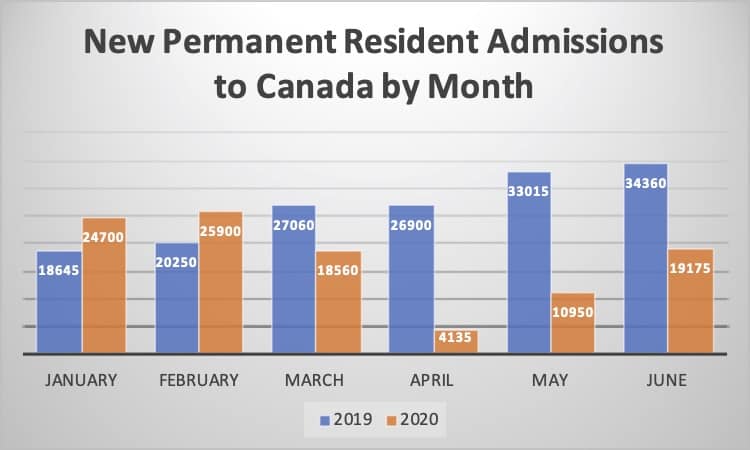 With Immigration, Refugees and Citizenship Canada (IRCC) switching to program-specific Express Entry draws during the pandemic, this trend is likely to continue.

Draws have focused on Provincial Nominee Program and Canadian Experience Class candidates since March. Both groups are more likely to already be in Canada.

Nearly 40,000 Invitations to Apply have been issued in 20 draws targeting PNP and CEC candidates in the last five months.