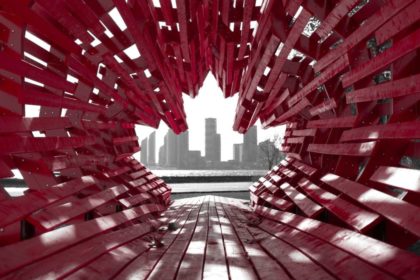 Foreign nationals looking for work in Canada should keep an eye out on the mid-sized British Columbia city of Kelowna which is now ranked the number one place for job hunters in Canada.

As the second wave of COVID-19 ripped through Canada in the last few months of 2020, the West Coast province fared the best economically of all the big provinces in the country.

And Kelowna, a city with a population of just over 142,000 in the Okanagan Valley, came out on top in a national ranking of cities by their labour market performance released by a Bank of Montreal senior economist earlier this month.

In the past year, Kelowna saw both a 2.1 per cent growth in its population and a 2.9 per cent improvement in the number of people with jobs. The B.C. city has an employment rate of 62.3 per cent.

The top 10 Canadian cities for labour market performance, as indicated in the Bank of Montreal report, are:

Canada’s biggest city, Toronto, fell 19 spots in the ranking in this latest report compared to last year as employment in the metropolis slipped 2.2 per cent and unemployment climbed to 10.7 per cent.

Although Peterborough did see a bit of population growth, increasing in size by 0.7 per cent, it also saw a drop in employment of 7.7 per cent and its unemployment rate shot up to 13.5 per cent.

Among Canada’s other big cities, Montreal improved over its previous ranking by placing eleventh with an unemployment rate of 8.1 per cent.

In B.C., Vancouver and Victoria both dropped in the rankings.

Vancouver placed 17th as its employment rate was only 60.9 per cent, in part due to population growth of 1.8 per cent over the year and a drop in employment of 3.5 per cent during that period.

The provincial capital, Victoria, fared a bit better but also fell in the rankings this year, dropping to 15th as employment fell 3.5 per cent.

In oil-producing Alberta, hit hard by both COVID-19 and a drop in the oil sector, Calgary fell to 18th in the rankings and its unemployment rate was 10.4 per cent.

The Atlantic Canadian city of St. John’s rose a bit in the rankings but still placed 20th with a population growth of one per cent, a drop in employment of 2.9 per cent and unemployment at 8.7 per cent.

The Canadian capital, Ottawa, plummeted 21 spots to close the year in the 22nd spot as the city shed 9.1 per cent of its jobs and saw its unemployment rate reach 6.6 per cent.