A new report from Canada’s largest private sector union says Stephen Harper and the Conservatives are managing the most poorly performing economy the country has seen since the end of the Second World War.

The authors, economists Jordan Brennan and Jim Stanford assesses how Canada has changed over 10 years of Conservative government resulting in a decade of dismal economic growth. 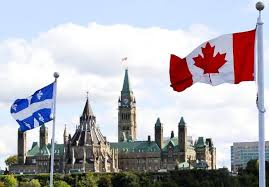 Stephen Harper’s Conservatives have always portrayed themselves as the most capable managers of Canada’s economy. Currently, however, the economic terrain has proven less than friendly. The closer we get to the fixed election date, the worse the economy has become, undermining the “stay the course” message at the heart of Conservative strategy. Indeed, Canada slipped into outright recession in the first half of 2015. Undaunted, the prime minister shrugged this off and promises better times around the corner.

Economists can debate whether this year’s recession — the second on Harper’s watch — is already over, or whether falling business investment and rising consumer debt will delay a rebound. But the most damning aspect of the Conservative legacy is not a short-term cyclical downturn. It is a longer-run failure to stimulate growth, job-creation, innovation, and investment.

Canada has endured years of subpar growth (“serial disappointment,” in Stephen Poloz’s words), long before the present downturn arrived. The 2008-09 financial crisis was part of the problem but it’s not the only recession Canada has experienced, nor was it the worst. More important, the slow and inconsistent recovery from that downturn ranks as the weakest in postwar history. Then, before the damage was really repaired, Canada slipped into recession again.

Far from unleashing a business-led boom, Harper has in fact presided over the weakest economic era in Canada’s postwar history. For example, from 2006 through 2014 (not including the current downturn), Canada experienced the slowest average economic growth since the Great Depression.

Across other indicators, too (including job-creation, productivity, personal incomes, business investment, household debt, and inequality), the Harper government ranked last or second-last among all postwar governments. Its overall ranking was the worst of any prime minister since 1946.

The Conservative failure to elicit more business investment and exports has been especially damaging since those are the two most strategic components of spending in a market economy. Conservatives promised that expensive corporate tax cuts (costing $15 billion per year) would boost investment, and that signing more free trade deals would do the same for exports. However, exports hardly grew at all under Harper (the slowest in postwar history), and business investment was stagnant, now declining. Government spending cuts, enforced after the Conservatives won their majority in 2011, only exacerbated the macroeconomic funk.

Overall, the Conservatives’ austere, business-led strategy has produced stagnation for the economy, and incredible uncertainty for Canadians.

However, economic gains need to be fairly distributed in addition to continuous economic growth in order to solve all of society’s challenges. maintain a proper balance between private consumption and public services, and invest in sustainable environmental practices.

Today it is possible for Canadians to work and produce more than ever: higher wages, better jobs, and stronger public programs. All we lack is the opportunity to put our capacities to work in decent jobs. The Conservative trickle-down vision, focused on enriching corporations and the investors who own them, has failed bitterly. We need an alternative vision to mobilize Canada’s idle human and financial capital and build a prosperous economy.