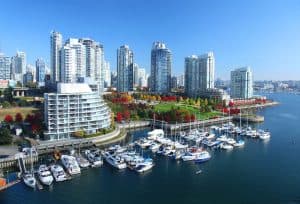 British Columbia will lead the provinces in terms of economic growth to the end of 2016 and beyond, according to a new report from the Conference Board of Canada.

The western province is set to continue its 3 per cent growth path into 2017, driven by a hot real estate market.

Ontario, Prince Edward Island and Manitoba are the only other provinces likely to show 2 per cent growth or more this year, while Alberta’s struggles will continue in 2016, but its economy will pick up in 2017. 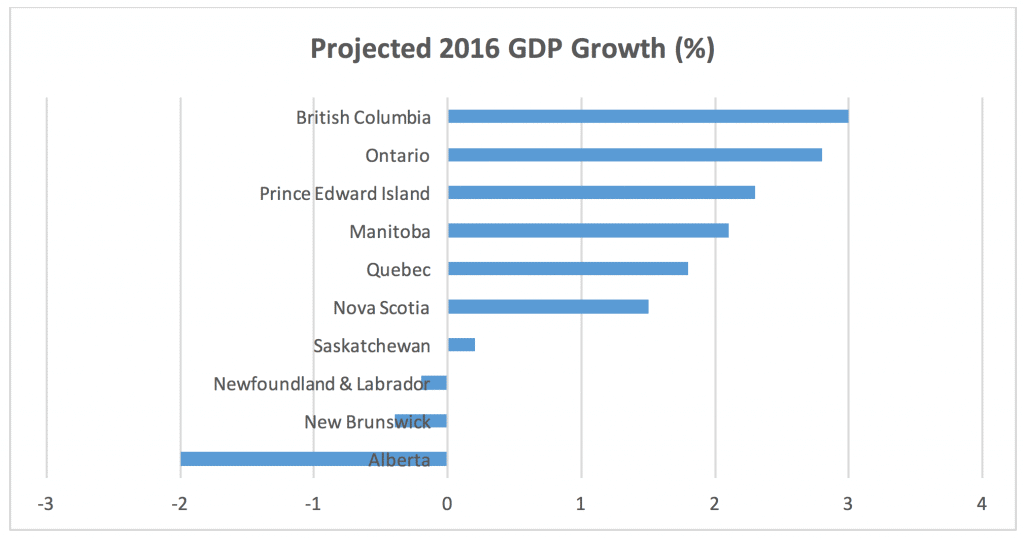 “British Columbia’s economy has been growing by 3 per cent since 2014 and this positive outlook is expected to continue for the foreseeable future,” said Associate Director Marie-Christine Bernard.

“Strength in forestry, construction, transportation and the real estate industry put the province in an enviable position as Canada’s economic growth leader.”

Ontario is just a couple of ticks behind, with favourable trade conditions giving it a projected 2.8 per cent growth this year, before a slightly slower 2.6 per cent in 2017.

Meanwhile, Bernard said Manitobans were ‘on a spending spree’, with 2.1 per cent growth expected.

She said: “With real GDP set to expand above the national average this year, Manitoba will continue to be a reliable source of growth in Canada.

“Services will see healthy increases as Manitobans are on a spending spree due to strong employment and wage gains from recent years.”

Out east there are contrasting fortunes between the progress of P.E.I. and Nova Scotia, and the struggles of New Brunswick.

“Strength in P.E.I. and Nova Scotia’s construction and manufacturing industries are supporting solid economic growth in both provinces,” Bernard said.

“New Brunswick, on the other hand, is facing many challenges, including a steep decline in mining output, which is forecast to fall by almost half this year.”

But those challenges are little compared to the battle going on in Alberta.

Bernard added: “Nearly all sectors of the economy are struggling and, if that was not enough, the wildfires in northern Alberta have added to the economic woes of the province.

“Wildfires in Northern Alberta temporarily shut crude oil production from the oil sands and hampered economic activity in the region. The good news is that oil prices are improving and a recovery is forecast for the province next year.”