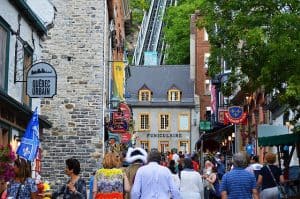 What the LMIA considers

The federal government will highlight that Mobilité Francophone only launched in 2016, meaning the real impact on immigration levels will not be felt until 2018 or 2019. It is unlikely francophone candidates have been able to obtain a work permit, gain the required experience, then apply and get accepted for an economic immigration stream all in 12 months.

However, the low numbers will still represent a concern, particularly given the federal government also has an online immigration portal specifically aimed at French-speaking candidates.

Then, as of June 5, 2017, Express Entry changes saw more points for those with a high level of French.

Candidates will score 15 additional points for a level 7 in listening, speaking, reading and writing in the Niveu de Competence Liguistique Canadiens (NLC) combined with an English score of 4 or below in the Canadian Language Benchmark (CLB).