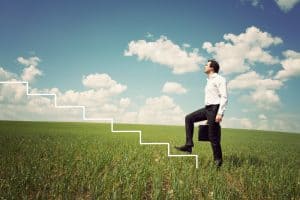 It may have slightly missed expectations, but Canada’s economy grew the most since 2014 in the first quarter of 2016.

The growth in GDP of 2.4 per cent was driven mainly by exports, up by 1.7 per cent in a swing from a decline of 0.4 per cent in the previous quarter, according to the latest Statistics Canada report.

Leading the good export were motor vehicles and parts, chemicals, plastics and rubber products, plus forestry products and building materials.

Despite this exports rise, the value actually decreased due to energy sector price declines.

Also helping was housing investment, up 2.7 per cent thanks to boosts in new home construction, renovations and resales.

Meanwhile, the Organization for Economic Co-operation and Development has forecast Canada will begin to emerge from a difficult period both this year and in 2017.

Although projections were slightly down on previous estimates, the OECD said on Wednesday that Canada’s GDP will rise 1.7 per cent in 2016 and 2.2 per cent in 2017.

“As the contraction in the resource sector slows, activity in the rest of the economy is projected to gain traction,” the OECD said of Canada.

“Non-energy exports should continue to benefit from the earlier depreciation and strengthening export market growth.”

British Columbia is at the forefront of Canada’s economic recovery, with its unemployment rate and GDP increase the leader among all the provinces.

The latest data available shows an unemployment rate of 5.8 per cent at the end of March, and a GDP boost of 3 per cent in 2015.