June 22, 2017 – The Canada Border Services Agency is rolling out facial recognition across Canada’s major airports in a move it hopes will boost security and reduce waiting times. 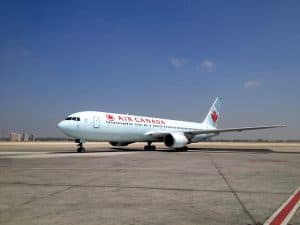 The process started at Ottawa International Airport in spring 2017, and will continue for the rest of the year and through 2018 until all primary hubs are covered.

The technology is part of new self-service kiosks being installed by the CBSA. The move is part of an all-around system upgrade.

Facial recognition is already part of airports all over the U.S., using similar kiosks. The technology was developed by U.S. Homeland Security.

Canada’s federal government will hope the roll-out is smoother than the introduction of the Electronic Travel Authorization (eTA).

Despite several grace periods before the full adoption of the eTA in November 2016, the system was beset with problems with many turning up to airports without knowing they needed one.

A major part of the issue related to Canadian dual citizens, as it was made mandatory to travel on their Canadian passports to enter the country by air. Many of them only had the passport of their other country of citizenship.

The government introduced a special authorization that allowed dual citizens to fly on their non-Canadian passport. The authorization lasts for four days and can only be applied for if you are flying in the next 10 days.

Also linked to the problems was alack of clarity on exactly who needed an eTA, with reports over the Christmas period of Canadian permanent residents being turned away from certain airports.