May 3, 2017 – Immigration, Refugees and Citizenship Canada has confirmed it will raise the age of dependency in Canada immigration applications for permanent residence from ‘under 19’ to ‘under 22’.  The change will take effect October 24, 2017.

The previous Conservative government lowered the age of dependency to under 19 in August 2014, saying the move was designed to help better align immigration policies with Canada’s labour market needs.

The Trudeau government says increasing the age is more aligned with the Liberal government’s policies on family reunification.  It will allow more families to stay together and this will help attract more skilled immigrants to Canada. 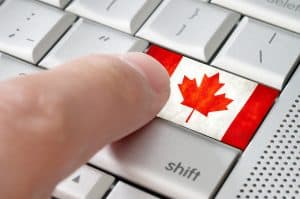 The rule change will apply to all immigration applications, including refugees.

“Raising the age of dependants lets more families stay together,” said Immigration Minister Ahmed Hussen. “This will bring economic and social gains to our country as it enhances our attractiveness as a destination of choice for immigrants and refugees.”

Canada immigration authorities say the move aligns with the worldwide trend for children to stay at home longer, often while they go to college or university. There is a hope that the rule change will help increase the pool of university applicants, producing Canadian-educated graduates ready to boost the Canadian economy.

Immigration authorities believe keeping families together is a key consideration when immigrants select their preferred destinations. There is also a belief that immigrant and refugee integration happens more quickly when families are allowed to stay together.

A key aim of the Refugee Protection Act is to reunite families in Canada to support refugees socially and economically.

What The Rule Change Means

The dependent child age limit is used to determine whether offspring can immigrate to Canada as a family member of the main applicant in all Canada immigration and refugee programs.

It is also used to determine who can be sponsored as a principle family class applicant, meaning dependents under the age of 22 will become eligible.

Who The New Rules Will Apply To

The new ‘under 22’ rule will apply to all new immigration applications on or after October 24, 2017, when the rule is implemented.

Permanent residence applications submitted between August 1, 2014 and October 23, 2017 will be subject to the ‘under 19’ rule.

Dependants who are over 22 and who are unable to support themselves due to a physical or mental condition continue to be dependents.