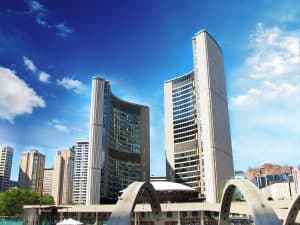 The July 12 deadline is looming for Canada and the European Union to come to an agreement over visa-free travel.

EU officials want Canadians to grant visa-free access to member states Bulgaria and Romania, the only two European countries not afforded the privilege.

But Canada says neither country meets its criteria for visa exemption, with corruption worries believed to be high on the list of issues.

If common ground cannot be found, the result could be Canadians requiring visas to travel to the EU, which millions do each year particularly during the approaching summer season. The US is also part of the dispute and it requires visas for travellers from Bulgaria, Romania, Croatia, Cyprus and Poland. Between them, tourists from the US and Canada spent $70 billion in 2015, according to the European Travel Commission.

After an April 12 deadline went by without an agreement, officials said they would give themselves three more months to focus fully on the issue.

But with no announcement so far a resolution seems unlikely.

The EU put in place a reciprocal requirement for all nations with visa-free access to the Schengen zone in 2014.

A grace period of two years was put in place to allow countries to do what was needed to grant access to all member states.

Immigration, Refugees and Citizenship Canada says it has made the visa application process easier, but cannot go as far as abolishing it altogether.

Canada’s immigration department says it is working towards that goal, and is ‘engaged in positive, ongoing dialogue’ with officials from Bulgaria, Romania and the EU.

Previously, Immigration minister John McCallum has said: “We don’t do it in terms of reciprocity. We do it according to the conditions in each particular country, with a view to Canadians’ security and Canada’s well-being.”

Meanwhile, the EU is scrambling to work out what it should do if the access isn’t granted.

“Nobody wants to risk the economic consequences of introducing new requirements for travellers from Canada and the US to Europe,” said IATA vice-president Rafael Schvartzman.

“We are calling on the EU institutions to agree upon a proportionate approach, in cooperation with their US and Canadian counterparts.”