May 10, 2017 – The Federal Court has struck down the government’s authority to revoke Canadian citizenship from individuals alleged to have obtained it through fraud or misrepresentation.  The decision is a rebuke against the former Conservative government’s controversial amended Citizenship law implemented in 2015 (Strengthening Canadian Citizenship Act), which allows the Minister of Citizenship to strip away citizenship through an administrative process, without any hearing.  In its 62-page ruling [Hassouna et. al. v. Minister of Citizenship and Immigration Canada, 2017 FC 473], Justice Jocelyne Gagné found the new provisions violate the Canadian Bill of Rights as they deprive affected individuals the right to a fair hearing in accordance with the principles of fundamental justice. 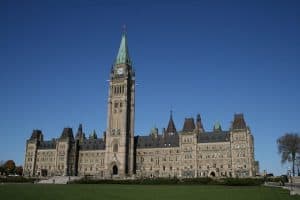 Historically, Canadian law allowed citizenship to be revoked with due process on the grounds of fraud and false representation, but the former Harper government introduced reforms to transfer this authority to immigration officials. Under previous rules, only 167 had lost their citizenship dating back to 1988.  The decision affects more than 200 individuals who lost their Canadian citizenship since May 2015 under this shortened administrative process. Many will now be entitled to full hearings and may be able to get back their revoked citizenship.

The decision addresses eight test cases that challenged the constitutionality of the changes made in May 2015 which left people in some cases, stateless, over alleged lies on their residency or citizenship applications.  The changes also barred them from reapplying for Canadian citizenship for 10 years after revocation.

« In order for the revocation process to be procedurally fair, the Applicants ought to be entitled to: (1) an oral hearing before a Court, or before an independent administrative tribunal, where there is a serious issue of credibility; (2) a fair opportunity to state the case and know the case to be met; and (3) the right to an impartial and independent decision-maker.  None of these are guaranteed under the Amended Act », Justice Gagné wrote.

The government has 30-days to appeal this ruling. However, it is doubtful that if an appeal is filed, a challenge will ever proceed forward.  The Senate has already passed new legislation Bill C-6, that will include many of the previous requirements to obtain Citizenship through naturalization, including safeguards that will fully conform with this latest Federal Court decision.  The government must now debate the amended citizenship legislative package.

Summary of Bill C-6 for current debate in the House of Commons: