The positive attitude of Canadians towards immigration and diversity is growing, a new poll says.

The Association for Canadian Studies survey found 41 per cent were happy with current Canada immigration levels. This is compared to 38 per cent who say levels are too high.

The poll comes at a time when Canada has just accepted more than 40,000 refugees and announced sustained record immigration levels of 300,000 per year.

Canadians also expressed growing positivity towards minority groups. The latest results show 55 per cent held a positive view of Muslims in Canada, compared to 46 per cent when the poll was last conducted in 2013. This positive trend was also seen in attitudes towards Jews and aboriginals.

The questions were asked of more than 2,500 Canadians, 500 of whom were born outside the country.

There was also a revealing difference in attitudes towards multiculturalism and immigration.

In all of Canada’s major metropolitan areas, respondents had a positive attitude towards multiculturalism. 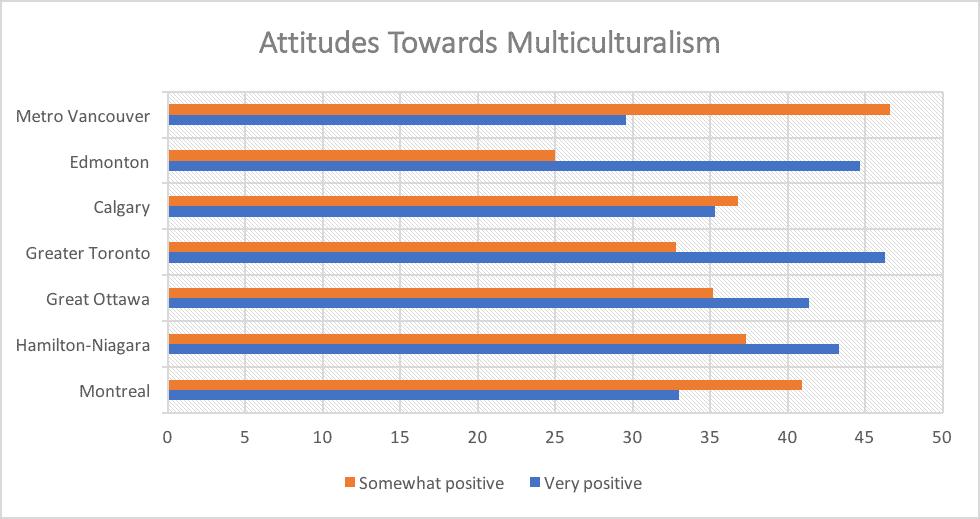 This was at its highest in Hamilton-Niagara, where 80.6 per cent report a positive or very positive attitude, and lowest in Edmonton, where 69.7 per cent gave the same responses.

On immigration numbers, those views were different.

In Hamilton-Niagara, 45.2 per cent said there were too many immigrants in Canada, compared to only 31.2 per cent of Ottawa residents. 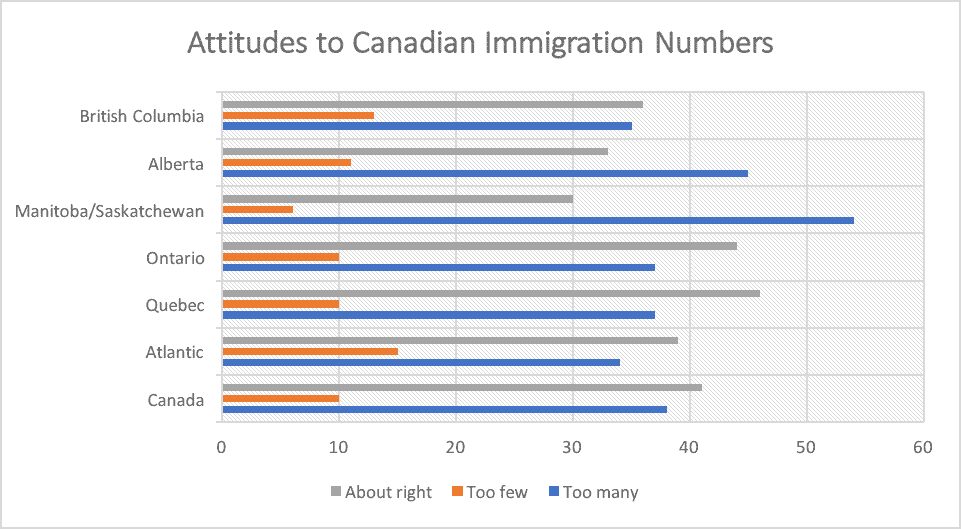 A high proportion of Calgary residents (45.5 per cent) also said there were too many immigrants. This trend is possibly a result of high unemployment in the city and wider province of Alberta.

The responses also varied depending on where people placed themselves on the political spectrum.

The figures support the sometimes-hesitant trend towards acceptance emerging in Canada. While there is a trend towards supporting immigration, there are also a significant number who do not support increasing numbers of newcomers.

The poll also revealed Canadians are able to separate their dislike of Donald Trump from their overall attitude towards Americans. While 66 per cent reported a positive attitude towards people from south of the border, some 73 per cent said they did not like their president.