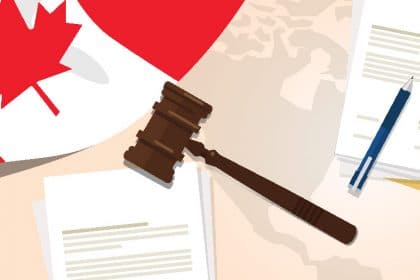 2019-09-17 – Immigration fraudsters have been targeting Canada’s Atlantic Immigration Pilot to offer fast permanent residence to candidates willing to part with hundreds of thousands of dollars.

Unlicensed ‘ghost’ consultants are exploiting the employer-led AIP, set up to help bring more working-age immigrants to a region struggling with an aging population and labour shortages, according to a CBC News report.

The illegal route to Canadian permanent residence has become known as a ‘golden ticket’.

The fraud sees candidates given fake jobs and paid fake salaries from companies in one of the four Atlantic provinces: New Brunswick, Nova Scotia, Prince Edward Island and Newfoundland & Labrador.

Companies are complicit, paid off by the consultants to offer jobs and pay salaries.

Given the scheme is based on a series of cash payments, there is no paper trail, making it extremely difficult to detect.

It means this particular fraud could have been going on unchecked since the AIP was launched in 2017.

Eventually, they were told Canadian permanent residence via the AIP would cost them $170,000.

What Is The Atlantic Immigration Pilot?

Launched in 2017, the AIP is the federal government’s attempt to bring more skilled worker immigrants to the four Atlantic provinces.

The four provinces struggle with attracting and retaining new immigrants, who prefer to settle in Canada’s major cities, such as Toronto, Vancouver and Montreal.

With pathways for high-skilled and intermediate-skilled workers, as well as international graduates, the AIP requires a job offer, settlement plan and provincial endorsement before permanent residence is granted, all measures aimed at ensuring candidates are retained in the region.

However, it seems that not long after the AIP was launched, fraudulent immigration consultants had already worked out how to exploit the terms of the program.

This latest fraud is the latest in a long line attributed to unlicensed ‘ghost’ immigration consultants.

The industry is currently self-regulated by the Immigration Consultants of Canada Regulatory Council (ICCRC).

There have been a number of calls and recommendations for the ICCRC to be disbanded and the regulation of consultants brought under the direct control of the federal government.

However, In April 2019 Ottawa announced a plan to replace the ICCRC with a new College of Immigration and Citizenship Consultants (CICC).

Informing the new body, Ottawa plans to introduce a new licensing regime and a new code of professional conduct for immigration consultants.

The federal immigration minister will also get new powers, including in the establishment of the code of conduct and in the formation of the board of directors of the CICC.

Self-regulation is set to continue despite a parliamentary committee recommendation dating back two years calling for the regulation of immigration consultants to be brought under the direct authority of the federal government.

Years of Abuse and Violations