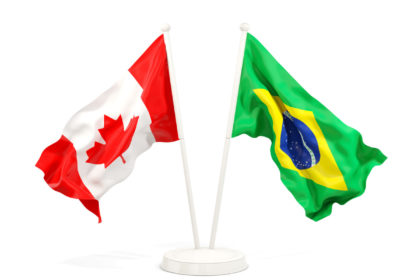 Brazil rose up the rankings of most important sources of new Canadian permanent residents during the first half of this year.

In 2019, Brazil was in the number 12 spot on that list. By the end of June, the South American country had climbed to number seven as the COVID-19 global pandemic restricted the travel of new arrivals from several other countries, including the United States and South Korea, more so than those from Brazil.

The number of Brazilians who became new permanent residents of Canada in the first half of 2020 was virtually unchanged from the figure for the first six months of last year, with a downward nudge of less than 2.2 per cent.

But the sharp decline of other countries, including South Korea, has pushed them below Brazil in the rankings for the first six months of this year.

There were 35.2 percent fewer South Koreans, at 1,840, who came to Canada to become permanent residents in the first six months of this year compared to the 2,840 during the same period last year.

That means that Brazil became an even more important source of new permanent residents to Canada this year relative to other countries and there are many options for Brazilians looking to immigrate to Canada.

Brazil is no exception.

The South American country has been a growing source of new Canadian permanent residents for years with a high of 5,290 Brazilians coming to make Canada their home last year. And this year, Brazil seems to be almost on track to meet that number again.

That June figure for this year is up almost 11 per cent from the number of Brazilians who made Canada their home in the same month last year.

As the lockdowns of Canadian businesses came to an end, 1,000 Brazilians became permanent residents of Canada during the second quarter of the year that ended on June 30 compared to 1,380 for the same quarter in 2019. 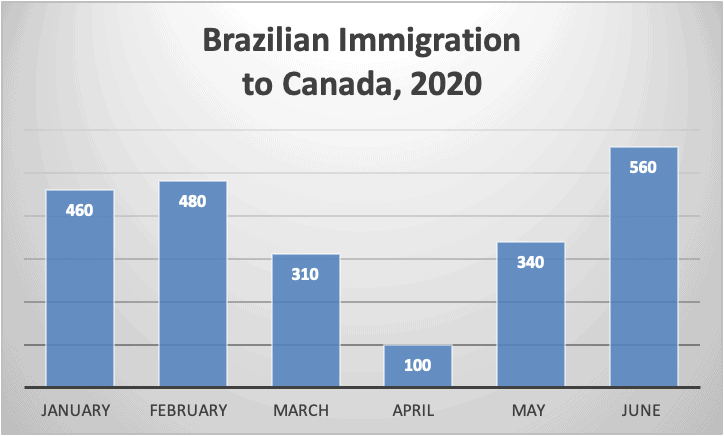 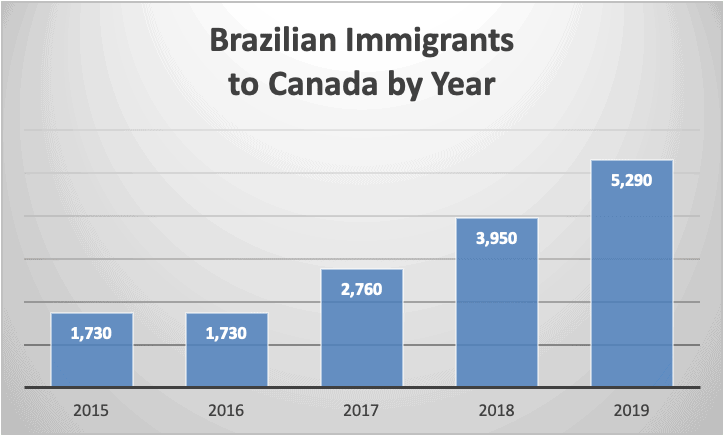 Last year, Brazilians accounted for slightly more than 1.55 per cent of all new permanent resident arrivals to Canada.

Although that may seem like a small share of new permanent residents to Canada in 2019, it is actually more than the number of Australians and Germans who made Canada their permanent residence that year. 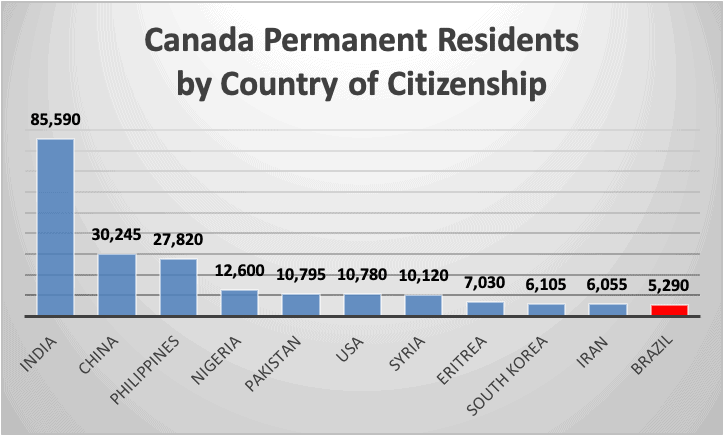 If you are looking to apply for Canada permanent residence from Brazil, the first step is to assess which programs give you the best chance of success.

What Are The Options For Immigrating To Canada From Brazil?

There are many immigration streams to be considered when considering applying for Canadian permanent residence from Brazil.

If you do not qualify through a federal economic program, the next step is to consider provincial streams for your application for permanent residence from Brazil.

Canada also aims to attract entrepreneurs and investors through its business immigration programs, with many applications accepted from Brazil.

Several of Canada’s other provinces also operate business programs as a route to permanent residence from Brazil.

Candidates looking to immigrate to Canada from Brazil should also consider the Buy a Business and Move to Canada Program.

Under this policy, a work permit is issued following the sale and transfer of the majority share ownership of an existing profitable Canadian business to the immigration candidate.

This is a popular route for candidates who do not immediately qualify for permanent residence when applying from Brazil.

Candidates in Brazil with family members who are already permanent residents or citizens can apply through Family Class Sponsorship immigration.

Which Family Members Can Be Sponsored For Canada Immigration From Brazil?