February 7, 2017 – The Immigration and Refugee Board of Canada is drowning in a backlog of more than 21,000 asylum claims, forcing it to change how it processes applications. 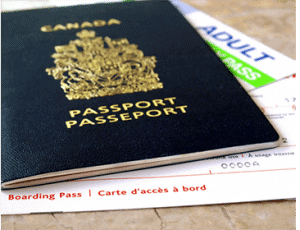 With the number of people arriving in Canada and claiming refugee status rising – and expected to spike even further – the board is struggling to cope with the increase.

Further increases are expected in 2017 given Donald Trump’s suspension of the U.S. refugee program, and the decision to grant Mexicans visa-free access to Canada.

Half of the board’s resources will now be directed at clearing the backlog, with a new short hearing process aimed at countries from where more than 80 per cent of claimants have historically been accepted.

Refugees from Syria, Iraq and Eritrea will continue to be processed separately under a fast track system.

Campaigners have called on Canada to keep its doors open to refugees in the wake of Trump’s attempts to suspend the U.S. program.

The federal government achieved its target of sponsoring 25,000 Syrian refugees in December, bringing the total number of Syrian refugees welcomed into the country since November 2015 to 39,271.

The government target is not to be confused with the initial surge to bring in 25,000 refugees by February 2016, as these were a combination of government, blended and privately sponsored candidates.

This figure applies to applications only – an allocation of 25,000 resettled refugees is included in the 2017 immigration plan.

Trump’s policy specifically towards Mexico could see an increased number of asylum claims in Canada by Mexicans.

Canada recently dropped a visa requirement for Mexican travellers, but in doing so warned it would be reinstated if asylum claims surged.

There has been a notable increase in claims from Mexicans since the visa requirement was lifted.

Figures show 70 Mexicans claimed refugee status here in December, with the requirement lifted as of December 1, 2016.