Aug 7, 2017 – Montreal is the driving force behind a stellar year for the Quebec economy, with unemployment in the city at its lowest level in over a decade. 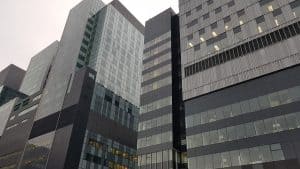 Of the 124,000 jobs created in Quebec over the last year, 115,000 were in Greater Montreal, compared to 44,000 in Toronto and 37,000 in Greater Vancouver. Experts say the figures represent the return of Montreal as the economic powerhouse of Quebec. More people now work in Montreal than the rest of the province combined. 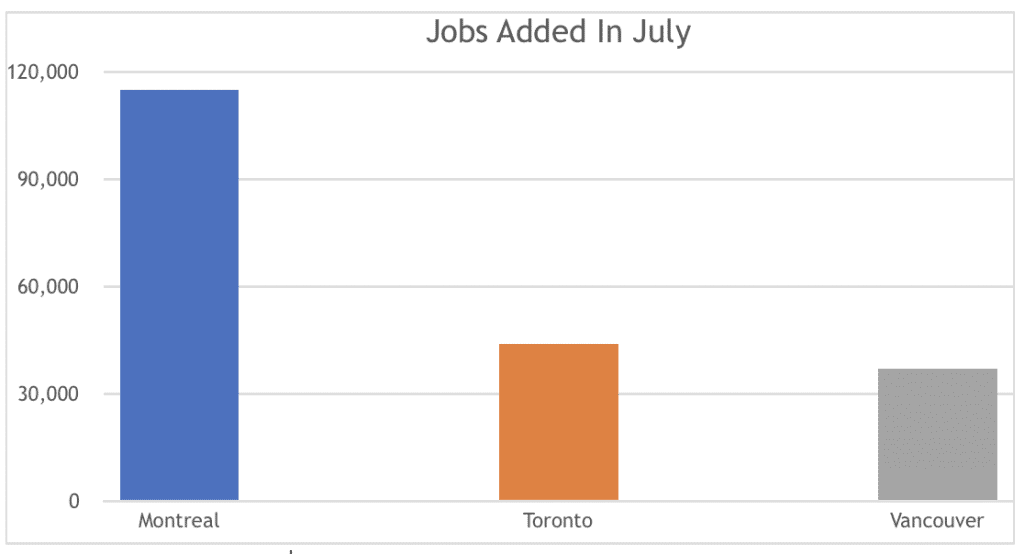 Progress in Quebec is now channeled through Montreal, according to key officials, who say business confidence in the city has come on considerably in the last 18 months. Large construction projects and tourism are key growth areas.

Despite the progress, Montreal still has ground to make up. The unemployment rate is still far behind Quebec City’s 4 per cent for July, which dropped from 4.4 per cent in June.

Experts put this down to the faster aging population in the provincial capital, while Montreal attracts the majority of new immigrants to the province, who normally take some time to find work.

Province-wide figures showed Quebec added 4,700 jobs in July, mostly in full time work. In the last 12 months, the province’s unemployment rate fell a significant 1.2 percentage points to 5.8 per cent, the lowest since records began in 1978.

If the trend continues, Quebec could start to see a reversal of the traditional out-migration it has seen to the rest of Canada.

The results were part of an excellent month for the whole of Canada, with the unemployment rate dropping to its lowest since before the 2008 global financial crisis.