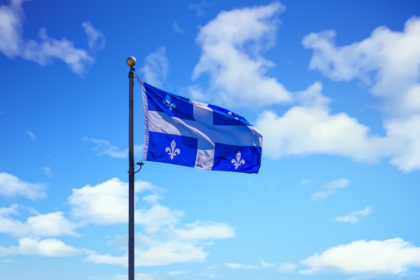 Girault, already the Minister of International Relations, will combine her current role by taking charge at the Ministry of Immigration, Francisation and Integration (MIFI).

It brings to an end a turbulent period for Jolin-Barrette since the Coalition Avenir Quebec came to power in October 2018.

During his 21 months in charge of the immigration file, Jolin-Barrette oversaw several controversial changes.

First, the CAQ followed through on its election promise to reduce Quebec immigration levels, despite businesses struggling with staffing shortages.

Then came the cancelation of thousands of existing Quebec Skilled Worker applications, as the CAQ looked to fast track the start of the new Arrima Expression of Interest system.

An initial move to try and cancel applications under the old system before the proposed change was voted into law was struck down by the Quebec Superior Court.

The CAQ was forced to continue processing applications until the bill was forced through in June 2019.

Then, in October 2019, the CAQ announced its intention to follow through on an election promise to impose a Quebec values test on new immigrants.

The controversy did not end there for Jolin-Barrette, who then oversaw a failed attempt at reforming the Quebec Experience Program in fall 2019.

The changes, made on November 1, 2019, introduced areas of training list for the graduate stream of the PEQ, and a list of targeted National Occupational Classification codes for the temporary worker stream.

The changes were in place for two weeks, before Jolin-Barrette was forced into an embarrassing climbdown and return to the old rules, admitting he had failed to consult properly with stakeholders.

The reforms, announced on May 28, will see graduates require one or two years of work experience to qualify for the PEQ. Previously there was no work experience requirement. Temporary foreign workers will also require three years of experience in the last four to qualify.

The proposed changes sparked protests among students, while Quebec’s Bureau de cooperation interuniversitaire (BCI) wrote a letter to the government requesting a grandfather clause for existing students and those arriving for the 2020-21 academic year.