May 4, 2017 – The long-delayed federal government’s Citizenship Act Bill C-6, has been sent back to the House of Commons for debate with no indication when it will become law. 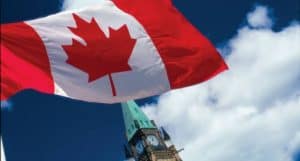 Justin Trudeau’s Liberals based their 2015 election campaign, in part, on revoking highly controversial changes to the citizenship law passed by the former governing Conservatives in 2014.

The target was to have the new bill passed into law by Canada Day 2016.  With Canada Day 2017 fast approaching, there is still no end in sight when the revised Citizenship Act, will be passed.

The Senate began debating Bill C-6 in June 2016.  It finally passed the bill with important amendments in March 2017.  It must now return to the House of Commons for further debate and approval by MPs. Should it pass there, with or without further changes, it will have to again return to the Senate for ratification before becoming law.

Bill C-6 aims to roll back much of the previous Conservative government’s Bill C-24, including the power to strip citizenship away from dual citizens.

A key amendment passed by the Senate, gives the right to a court hearing before citizenship is revoked in cases of allegations of fraud in the citizenship application process. Currently, citizens are notified by ministerial letter that they are losing their status, and given 60 days to respond.  The original Bill C-6 did not address this issue.

The Senate amendments also introduced by private member, new provisions, enabling minors the right to apply for citizenship, in certain instances where the parent is rejected.

Other changes featured in the bill include lowering the number of days a candidate must be physically present in Canada as a permanent resident before applying for Canadian citizenship from four years in the last six to three years in the last five.

The bill would also restore allowing up to one year spent in Canada as a non-permanent resident to count towards the total qualifying period.

Applicants would also no longer have to declare their intent to reside in Canada under the new law.

Summary of Bill C-6 for current debate in the House of Commons: