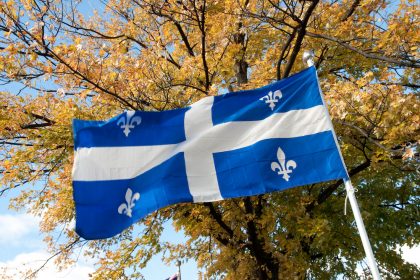 Immigration Minister Marco Mendicino is blaming delays in the processing of applications for permanent residency in Quebec on the province’s low annual immigration targets.

“Let’s be clear: Quebec sets its own annual immigration targets and we receive more applications under Quebec’s Skilled Worker Program (PTQQ – Programme des travailleurs qualifiés du Québec) than there are spaces allowed by Quebec,” said Mendicino in a French-language interview with the Le Devoir daily newspaper.

“This is why there are so many applications in the queue.”

The francophone province did raise its annual immigration targets this year. Mendicino described this as encouraging but then added that, when it comes to clearing up the backlog of permanent residency applications, the ball is in Quebec’s court.

According to the federal immigration minister, there are 50,000 skilled workers waiting for permanent residency in Quebec but the province’s annual immigration targets do not allow them all to be approved.

Two weeks ago, Quebec called on Ottawa to speed up the processing of permanent residency applications to the province.

The processing time for applications for permanent residency in Quebec are reported as currently being more than two years long, 27 months, compared to six months in the rest of the country.

The situation is also getting worse, not better. In 2019, the processing time for applications to Quebec was 19 months.

The federal immigration minister’s staff initially attributed the slowdown to a request made by the Province of Quebec for a moratorium on these applications.

“Minister (Simon) Jolin-Barrette never asked the federal government for a moratorium or a stop on the processing of applications of qualified workers,” reportedly replied the former provincial immigration minister’s deputy chief of staff Marc-André Gosselin in French.

Mendicino’s suggestion that it is Quebec’s annual immigration targets that are to blame for the current slowdown has ruffled feathers in the provincial capital despite the federal minister’s reassurances that he is not looking to rehash the past.

Mendicino Wants To Work With Quebec

“I want to concentrate on today and the future,” he reportedly told Le Devoir. “And I will deliver all the workers Quebec needs for its economic recovery. That is the most important thing for me and my government.”