A group of Canadian premiers have called for caps on the Provincial Nominee Program to be lifted so that companies can better access skilled immigrants. 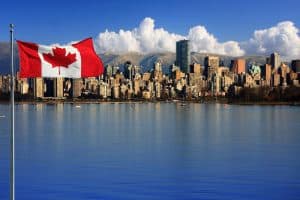 At a two-day conference in Vancouver, the request for limitations to be relaxed was among the key points raised by the premiers of British Columbia, Saskatchewan, Manitoba, Yukon, the Northwest Territories and Nunavut. Alberta’s Rachel Notley was unable to attend because of the ongoing crisis surrounding the Fort McMurray wildfire.

B.C. Premier Christy Clark led calls for the federal government to make changes to the PNP, saying the current limits acted as a constraint to the growth of Western Canada.

The ICT sector in particular is struggling to hold on to top talent, with the lure of Silicon Valley often too strong for the brightest young minds.

But the likes of Mississauga CEO Carl Rodrigues believe the problem can be addressed with government policies, particularly on immigration.

The Information and Communications Technology Council estimates there are 100,000 positions currently available in the field, but a lack of qualified individuals to fill them.

Rodrigues told the Annual Research Money Conference in Ottawa recently that he wants to see it made easier to bring in foreign talent, and easier to keep the international students who get their qualifications in Canada but then work elsewhere.

All of the provinces have their own PNPs so they can access immigrants suited to their needs.

In 2015, approximately 120,000 economic immigrants were nominated or selected by the provinces, with Quebec accounting for approximately 40,000 of that number.

In 2016 and for the foreseeable future, the numbers of immigrants to be granted permanent residence under a PNP or selected by Quebec is expected to increase.