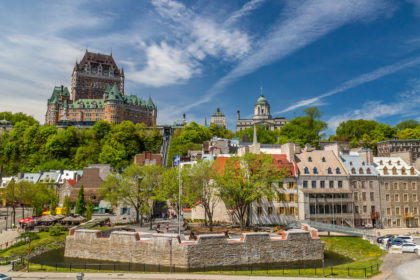 One of two pilots announced by Immigration Minister Simon Jolin-Barrette on Thursday, May 28 will see 550 Quebec Selection Certificates (CSQs) set aside each year for orderlies.

A shortage of staff in Quebec’s care homes, known as CHSLDs, has been partly blamed for them being thrust to the forefront of the COVID-19 crisis in the French-speaking province.

Now Jolin-Barrette is looking to use immigration to help solve the issue, saying current programs have failed by bringing in only 115 new orderlies since 2013.

“Our selection programs are not delivering the goods. I have high hopes this new program will be more attractive. The needs are immediate,” he said on Thursday.

The pilot program will target orderlies who have two years of experience in their home country. They must agree to work for two years in the Quebec health system. Further details are expected to be published soon.

A press release announcing the pilot issued by Quebec’s Ministry of Immigration, Francisation and Integration (MIFI) highlighted what it called a ‘glaring labour problem’ regarding orderlies ‘in all regions’.

The new pilot was one of two to be announced on Thursday, with the second to target occupations in the artificial intelligence and information technology industry, also with 550 CSQs per year.

MIFI said the second pilot was designed to “contribute to the influence and competitiveness of Quebec in these sectors on the international scene”.

Jolin-Barrette also introduced his second attempt at reforming the Quebec Experience Program (PEQ) on Thursday, after a botched effort in fall 2019.

The changes will also see target processing times for the PEQ increase to six months to allow “consistency and better equity” between the PEQ and the Quebec Skilled Worker Program.