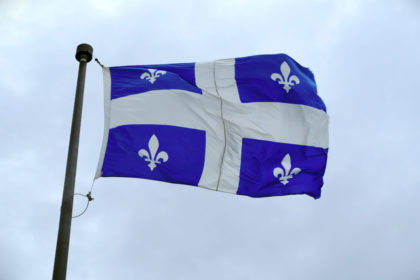 Revenu Quebec – the francophone province’s tax authority – currently employs 61 workers and received approval for 83 positions, according to figures from The Logic published in the Montreal Gazette.

The government’s use of the GTS – launched in 2017 to help speed the process of bringing in high-demand workers – comes despite the Coalition Avenir Quebec (CAQ) cutting immigration during its time in power.

Quebec Makes It Easier To Hire Overseas Candidates In Slew Of Occupations
Family Sponsorship Immigration In Quebec
Quebec Set To Welcome Up To 70,500 Immigrants In 2022 As It Makes Up For COVID-19 Shortfall

Figures from The Logic show Quebec – currently in the grip of a chronic labour shortage – is one of the biggest users of the GTS in Canada.

Of the 12,837 positions filled through the Temporary Foreign Worker Program (TFWP) stream, 4,824 of them, or 38 percent, have been in Quebec.

Out of all of Canada’s provinces, Quebec businesses have received the most GTS approvals in 10 of the 16 quarters the stream has been operational, according to figures from Employment and Social Development Canada (ESDC).

The CAQ, meanwhile, has moved to increase immigration in 2022, in a sign it is listening to outcry from businesses over labour shortages.

Quebec will welcome up to 70,500 new immigrants in 2022, according to the new Immigration Levels Plan tabled in late October.

The figures, announced by Deputy Immigration Minister Jean Boulet, include 52,500 newcomers under the previously announced plan, and 18,000 intended to make up the deficit of newcomers registered during the COVID-19 pandemic.

The rebalancing figure is high because Quebec immigration is forecasting that it will fail to reach its 2021 immigration target.

The economic category will continue to be the dominant one for Quebec immigration, likely contributing up to 46,600 in 2022, or 66 per cent of the total (including rebalancing). Quebec is set to welcome up to 27,800 economic immigrants in 2021.

Earlier in November, Quebec announced it is to make it easier for employers to hire overseas candidates in a slew of high-demand occupations through the TFWP.