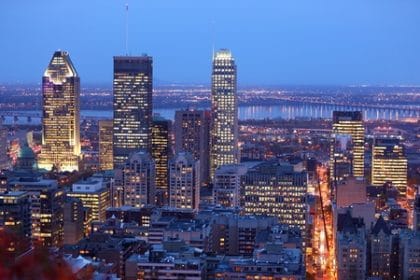 Quebec has moved to soften planned changes to the Quebec Experience Program (PEQ) following outcry during the recent consultation period.

Measures announced on Thursday, July 9 include:

The decision follows protests by students and an objection letter from Quebec universities against the changes, which will take effect on July 22, 2020.

It also comes following a change of immigration minister for Quebec, with the hardline Simon Jolin-Barrette moved aside by the governing Coalition Avenir Quebec in favour of Nadine Girault.

Jolin-Barrette was responsible for a botched attempt at reforming the PEQ, which was abandoned after two weeks in November 2019.

The second attempt at reforms, announced in May 2020, proposed that international graduates would require one or two years of work experience to qualify for the PEQ. Previously there was no work experience requirement. Temporary foreign workers were also to require three years of experience in the last four to qualify.

Further changes proposed a target processing time of six months, French requirements for spouses of principal applicants and a narrowing of what is considered acceptable proof of French knowledge.

Thursday’s announcement from the Ministry of Immigration, Francisation and Integration (MIFI) also included a third proposed pilot program for the food processing sector, to go with the pilots for orderlies and technology workers revealed in the initial announcement.

MIFI has introduced a transitional measure allowing international students already in Quebec to qualify for the Quebec Experience Program (PEQ) “under the conditions in effect before the coming into force of the new regulation”. The measure applies to those who have already obtained an eligible qualification, or will do so before December 31, 2020.

Immigration Minister Girault said: “We recognize the contribution of foreign students and temporary workers to Quebec society while aiming for a better match between the needs of the workforce and our immigration programs.

“This reform of the Quebec Experience Program is a balanced solution that meets the social and economic challenges of Quebec. »

The MIFI release also sought to clarify why the changes were being made, including emphasising the increasing popularity of the PEQ, “resulting in the vast majority of skilled workers being selected” through the program.

“A reform was therefore necessary to ensure a better adequacy with the labour needs of Quebec and to strike a balance with our immigration programs.”

Video: Study in Quebec: A Permanent Immigration Pathway to Canada for International Students