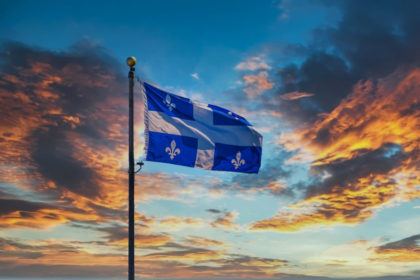 The francophone province of Quebec is plunking down more than half a million dollars to fund integration services for immigrants in seven regional municipalities and the city of Rimouski.

All of those municipalities, including Rimouski, are on the southern shore of the St. Lawrence River.

The monies are to be used for programs to help immigrants integrate into Quebecois society.

“Our government is deeply committed to the successful integration of immigrants throughout Quebec,” said Quebec Immigration Minister Nadine Girault in a statement.

“Working closely with municipal players on the ground is the best way to reach that goal,” she said. With this financial assistance, the Bas-Saint-Laurent region will be able to create programs that will enhance the liveability of the region so that all immigrants will be able to achieve their dreams. That will in turn benefit the entire community by providing a diversity of skills and talents.”

In October last year, Quebec launched its Community Support Program to integrate immigrants into the mainstream society. The announcement Tuesday is money to continue with that program.

“Today’s announcement clearly represents the commitment of the Government of Quebec to support the development of an action plan for this region that will attract immigrants, create and maintain conditions so the region’s ability to attract qualified labour will be enhanced and it can promote the settlement of immigrants, including ethnic minorities, in Quebec,” said Michel Lagacé, prefect of the regional municipality of Rivière-du-Loup and president of the Regional Roundtable of Elected Municipal Officials of the Bas-Saint-Laurent.

In late February, Quebec announced it would invest more than $8 million into this Community Support Program, the Programme d’appui aux collectivités (PAC).

“With the PAC, we are adding to the tools we can use to welcome and promote the sustainable establishment of immigrants and their families in our regions,” said Girault, the minister responsible for  the Ministère de l’Immigration, de la Francisation et de l’Intégration (MIFI).

“We want them to be able to fully participate, in French, in the vitality of all of our regions and help them contribute to Quebec’s economic recovery,” she said.

Quebec Immigration Falls By Third In 2020

Immigration, Refugees and Citizenship Canada (IRCC) figures show the number of new permanent residents who made Quebec their home fell by almost 37.9 per cent last year, to 25,195 from 40,565 the previous year.

Under the PAC, non-profits and co-ops were invited to submit proposals to support the integration of immigrants, in French, in all aspects of settling into their new communities.

“This program, whose second volley supports non-profits and cooperatives that daily contribute the success of immigrants, is yet another way our government supports their integration into the labour force and community life,” said Girault in February.

The francophone province is bullish on immigration and has been pressuring Ottawa to more quickly process applications for permanent residency.