Quebec’s birthrate has fallen to an all-time low with 1.6 children born for every woman in the province in 2015. 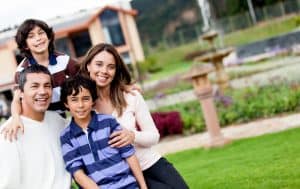 With the population also getting older, immigration as a tool to offset these demographic changes is being questioned by some critics who claim that Quebec’s cultural identity is being harmed.

The Liberal provincial government is keen to increase immigration levels to 60,000 a year from the current level of 50,000, but is waiting for the right time to make this change.

The Liberals had to backtrack on their proposal to increase immigrant numbers due to the negative response it received in the province. This is indicative of the sensitivity that exists on the topic of immigration in Quebec.

Some say that to reverse the aging population trend, far greater numbers than 50,000 or 60,000 a year are required.

Others argue that 50,000 new immigrants a year is already having an impact on the province’s unique cultural identity.

Historically, immigration in Quebec focused heavily on a French language requirement in order to maintain the balance of the society. But the result of this was not an influx of immigrants from Europe, but from French Africa, who brought with them a vastly different culture and found difficulties integrating into society.

Now there is an acceptance that language alone is not an indicator of an ability to adapt to Quebec culture.

Then there is the imbalance that exists between the city of Montreal where most immigrants settle and the province of Quebec as a whole.

Statistic Canada projects a third of the population of Montreal will be made up of visible minority groups by 2031. The proportion will be no more than five per cent for the rest of Quebec.

This points to a growing cultural gap between the city and the province.

Quebec is also the only province to run its own immigrant investor program, the Quebec Immigrant Investor Program (QIIP). The program is controversial because of claims those who are granted residency often settle in other provinces.