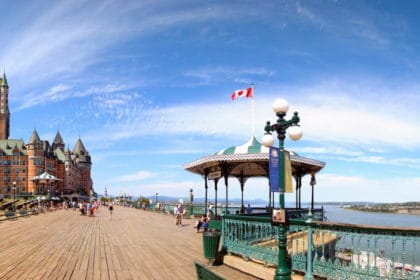 Aug 19, 2019 – Quebec is seeing as significant rise in the number of temporary foreign workers as businesses look for other avenues to bring in labour with the provincial government cutting immigration.

The rise comes against a backdrop of the Coalition Avenir Quebec’s plan to slash immigration by 20 per cent in 2019, from more than 50,000 to around 40,000 new permanent residents.

Business have urged the CAQ to reconsider the decision, pointing to 120,000 unfilled vacancies in the province.

As Quebec battles an aging population and shrinking labour force, the shortfall has to be made up somewhere.

And it seems employers are turning to temporary workers.

Temporary workers come to Quebec via the federal Temporary Foreign Worker Program, with Quebec’s approval required before the work permit is issued.

Significant increased have been seen in the number of permits issued for agricultural sector jobs, as well as positions in manufacturing, food processing and tourism.

While temporary workers may be a good way to address short-term requirements, stakeholders argue the influx is not the way to tackle what has become a longer-term problem.

Work permit holders are seen as a superficial fix for the underlying problem of shrinking labour force and aging population.

Many doubt that the recent rise in temporary worker numbers can be sustained in the longer term.

They see employers being forced to go down the temporary worker path because more permanent options are not available.