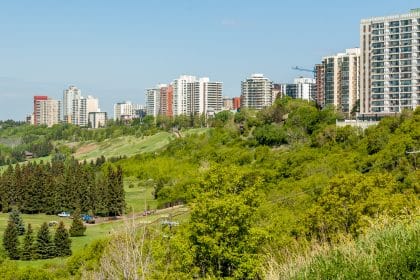 2019-12-07 – Saskatchewan Premier Scott Moe has called for the province to have more control over immigration and tax collection, similar to the powers of Quebec.

Moe specifically wants the province to have the power to adjust proportions of newcomers under the economic and family classes.

This control would allow the government to better respond to the province’s employment and population requirements, Moe says.

He added: “In many cases, like climate policy, the provinces are most connected with the needs of the industries that are operating in our communities across the province.”

Federal government figures show Saskatchewan received 12,290 new permanent residents in the first three quarters of 2019, including 9,385 through the economic class and 1,925 in the family class.

Moe says the extra powers would help reach his target of boosting Saskatchewan’s population to 1.4 million in the next 10 years and create 100,000 jobs.

Saskatchewan currently has the power to issue provincial nominations to the federal government through the Saskatchewan Immigrant Nominee Program.

A provincial nomination effectively guarantees a candidate will receive an invitation to apply through the federal Express Entry system.

Saskatchewan operates multiple immigration categories through the SINP, including those for Express Entry candidates, Occupations In-Demand and with a job offer in hand.

Most recently, the province launched a new International Graduate Entrepreneur category, giving graduates from Saskatchewan institutions a chance to stay and build a business in the province.