Should Canada Harmonize Immigration Policies with the US? 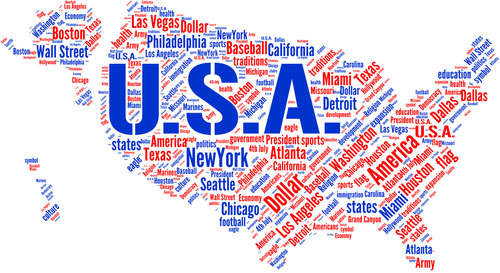 A proper response to these events indeed necessitates a re-examination of the manner in which foreign nationals are permitted entry to and through Canada’s borders. Staunch defenders of Canada’s sovereignty will no doubt point to the weaknesses within the American immigration system, which may have permitted entry of those individuals responsible for the terrorist bombings through its own borders from Canada or more likely, from other entry points.

Even more pressing at this juncture, is the immediate need to evaluate the manner in which government agencies regulate the airline and maritime industries in Canada and the United States to ensure the safe movement of passengers and goods within and between our countries. Airport and airline security in both countries has obvious flaws and the security breaches that are present at our seaports are no less than problematic.

Equally apparent is the abject failure by US law enforcement agencies, including the FBI, the CIA and the NSA who once again failed to detect the efforts by an established network of terrorists who undertook sophisticated and prolonged efforts to unleash such devastation and destruction on American soil.

But, as a partner to one of the greatest economic alliances the world has ever known, and a country whose national security is deeply dependent on the United States, how does the Canadian Government respond to the hard facts brought to light by the Canadian Secret Intelligence Service, that more than 50 militant groups such as the Al Qaeda group of Osama bin Laden, Hamas, Hezbollah, the Tamil Tigers, Sikh militants, as well as former war criminals from Rwanda, Bosnia and other genocide bearing countries continue to find safe haven and carry out their fund raising activities within Canada? Moreover, can it not be argued that Canada’s immigration refugee policies, which permit unconditional entry into the country of thousands of undocumented claimants each year, create increased risk to our national security?

In reply, Canadian immigration officials no doubt, will quickly point to the planned implementation of Bill C-11 an exhaustive legislative replacement to the current Immigration Act, which passed through the Liberal controlled Parliament this summer and is being debated this week by the Liberal dominated Senate for imminent approval. Immigration officials will also point to a new omnibus bill that was recently introduced to facilitate the deportation of refugee claimants who are suspected of harboring links to known terrorist groups as well as individuals with criminal backgrounds.

But critics before the recent developments in New York and Washington, have pointed out that Canada’s new immigration laws, being marketed by the current Immigration Minister as getting tough on criminals, does not solve many of the deep rooted policy related problems that have persisted in the past, particularly in the areas of the appointment process to important decision-making positions, the lack of accountability of decision makers and the relative ease in which undocumented refugee claimants are being admitted into the country while they await the outcome of their claims. Critics also point out that the proposed laws merely download the substance of future immigration policies unto a currently undefined regulatory process that will require no less than many months to draft and which will have the effect of insulating decision makers as well as the Immigration Ministry from the checks and balances that have been a hallmark of the Canadian democratic process in the past.

Canadian immigration policy is designed to promote domestic and international interests that take into consideration demographic requirements as well as international agreements to which Canada is a signatory. Canada’s falling birth rate, an aging population and a continued incidence of Canadian workers relocating to greener pastures in the United States is the basis for current immigration policy which is set to welcome 250,000 immigrants this year, the highest number since 1956. Canada, unlike the United States, admits nearly three times the numbers of immigrants in proportion to their respective populations and at current levels, accounts for 75 per cent of labour force growth. For these reasons alone, immigration policies between the two countries cannot be overly similar.

The current government however, in marshalling resistance to the argument that Canada’s immigration policies cannot be harmonized with the United States, must acknowledge that the manner in which it administers its massive immigration programs have serious deficiencies, which in addition to planned overhauls in the areas of enforcement, delivery of services, refugee determination and selection of foreign nationals to Canada, will also require a significant increase in funding, far beyond current levels. Resource cutbacks, a bi-product of the Liberal government’s plan to reduce Canada’s national deficit during the past number of years, has been a major source of problems for Canada’s immigration ministry. Lack of funding in the immigration field is readily apparent amongst practitioners by the continued decline in service standards, a growing complacency and indifference amongst foreign service personnel, and by the continued use of unqualified personnel at Immigration and Refugee Board hearings, Ports Of Entry, Central Processing Centers and by the use of non-Canadian immigration officers with full decision making powers at sensitive Canadian visa offices abroad. Clearly, the Canadian government in carrying out its objectives faces enormous challenges to ensure that those who we admit into this country are processed within reasonable time frames and do not pose a threat to Canada or our neighbors to the south.

Efforts are now under way to further expand upon cooperative strategies with the United States in the areas of shared intelligence gathering, administration of customs and revenue policies and joint procedures on security with government agencies in the United States in order to better secure our North American perimeters. Such initiatives will also include information and electronic database sharing with law enforcement agencies between G8 member countries.

Recent announcements by the Canadian government to implement legislation prohibiting the practice of fund raising by terrorist groups who use such funds to engage in destructive activities are a further step in the direction of addressing the Canadian connection to the global terrorism problem. These announcements will surely depend however upon the assistance of Canada’s intelligence gathering resources, which have been heavily criticized in the past for its own shortcomings.

There are additional measures that we must consider to enhance national security and which have minimal bearing on the planned implementation of legislative reforms. First, we must introduce without further delay the use of information-encrypted passports and residence cards, as is the norm in most other western countries. Canada’s inferior identity documentation practices are a known target of human smugglers, foreign secret service agencies (one foreign government has alluded to using Canadian passports for its own covert operations in the past) terrorist and militant groups world wide, for a reason.

As we react in horror to the recent developments south of our border, Canada must resist calls to harmonize its immigration laws with the United States or to compromise our democratic principles, which are the envy of the world. However, Canadian law-makers and policy makers alike, who are no doubt well aware of the objections raised by many, must bear immediate responsibility to effectively address the flaws that continue to persist in the administration and funding of Canada’s immigration programs, which legislative reform alone may not resolve.