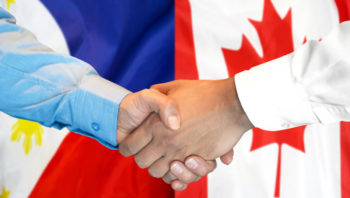 The Philippines is Canada’s most third-most important source country for new immigrants and so there are many options for Filipinos who wish to apply for permanent residence in Canada. As Canada strives to hit an ambitious target of 401,000 new permanent residents in 2021, newcomers from the Philippines are some of the most important in
Canada immigrationCOVID-19Filipinohow to immigratepandemicPermanent ResidencePhilippinesTemporary Foreign Workers

Colin R. Singer
lundi, 26 septembre 2016 / Publié dans L'actualité Canadienne, Mai
Canada’s Citizenship and Immigration Minister Chris Alexander confirmed that the Philippines has become the top source of immigrants to Canada, with more than 40,000 Filipinos arriving in 2014 – a 30% increase over 2013. “Immigration is a key element of Canadian culture. Since 2010, Canada has welcomed an average of more than 260,000 permanent residents
Philippines