Trump Administration Says US EB-5 ‘In Need Of Substantial Repair’

May 23, 2017 – The US EB-5 investment immigration program has been granted another temporary extension, this time until September 30, 2017. 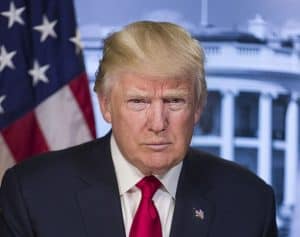 Talk of a major overhaul of the USA immigration program proved to be posturing as none of the multiple proposals put forward gained any traction.

After a one week extension from the previous April 28 expiry, the program has now been extended for five months without change as part of the new Congress funding bill.

Several bills have been tabled with plans for EB-5, including raising investment levels and changing how a Targeted Employment Area (TEA) is defined.

Some of the uncertainty about President Donald Trump’s stance on EB-5 was cleared up in a government statement published by the Washington Post recently.

Despite Trump’s anti-immigration position, many felt he would separate EB-5 from any crackdown because of the foreign investment in real estate it attracts.

However, the White House statement said it was ‘in need of substantial repair’.

White House spokesman Michael Short said: « There are serious concerns held by the administration regarding the EB-5 visa program, in part because it is not being used as it was primarily intended.

« The administration is continuing to evaluate reforms to the program, which we believe is in need of substantial repair. »

There have been calls for the investment threshold to increase, with separate proposals suggesting $800,000 and $1.3 million respectively as the minimum requirement, but nothing has gained significant traction.

It has faced criticism from several sources, who want it abolished. There are several ongoing court cases linked to potential EB-5 fraud. There are calls for a body to be formed to oversee these transactions, to ensure transparency.

The extension until September 30 means any changes are not likely to happen until then.

But with the White House saying it supports potential changes, it would seem prudent to expect an overhaul before another continuing resolution is granted.