April 17, 2017 – Plans to place strict limits on the H-1B U.S. visa will have been of significant interest to Canadian technology firms looking to use the new Global Talent Stream to bring in skilled workers.

The U.S. Justice Department has warned tech companies not to discriminate against U.S. workers, as Donald Trump’s administration plans to tighten the definition of skilled required for the popular three-year visa.

Acting attorney general Tom Wheeler has warned employers they will face prosecution if they discriminate against U.S. workers.

With Canadian firms desperate for skilled workers and often missing out on the best talent to rivals in Silicon Valley, Trump’s stance on H-1B is of significant importance with the new Global Talent Stream of the Temporary Foreign Worker Program on the horizon. 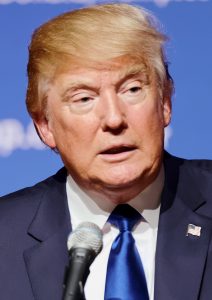 Trump’s H-1B move also comes as the administration tries to limit immigration in general, the president having signed two executive orders trying to ban immigration from Muslim-majority countries, both of them suspended by U.S. judges.

An appeal is currently being prepared against Hawaii Judge Derrick Watson’s indefinite suspension of the second Trump immigration ban, which sought to stop immigration from Sudan, Syria, Iran, Libya, Somalia and Yemen for 90 days and suspend the U.S. refugee program for 120 days.

Meanwhile, Canada is two months away from launching the Global Talent Stream of the Temporary Foreign Worker Program, which will allow firms to process work permits and visa applications for the brightest talent inside two weeks.

The Canadian federal government wants to help high-growth companies bring in the talent they need quickly by slashing the processing time for a Canada visa application from six months to just 10 business days.

Although the new stream has been months in the making, it could not come at a better moment for Canadian companies looking to benefit from Trump’s USA immigration crackdown across the border.

Once the fast-track Canada work permit is up and running, those skilled workers thinking about moving to Canada will become able to make it happen in two weeks.

A key element of the Global Talent Stream is that registered employers will need to commit to creating jobs for Canadians and transferring knowledge to Canadian workers.

It has become clear that a growing need exists for Canadian employers. The Information and Communications Technology Council predicted recently that by 2019, 182,000 high-paying Canadian technology jobs would be vacant.

Jayson Hilchie, President and CEO of the Entertainment Software Association of Canada, summed up the current situation in a blog for the Huffington Post recently.

He wrote: “What Canada needs is efficient access to the best and brightest from abroad to help technology industries transform and grow here in Canada and to add value to an economy that is languishing while transitioning from resources to innovation.”

Meanwhile, clothing giant Lululemon has threatened to move its operations out of Canada if the immigration process is not streamlined.

Canadian technology giants Shopify and Hootsuite were among those praising the government’s initiative, which comes after hearing months of feedback saying the current system was inadequate.