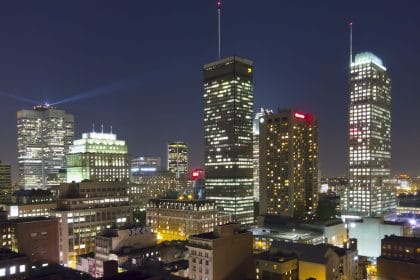 May 2, 2019 – A survey of 300 Quebec businesses found nearly half consider recruitment of skilled workers the top concern they expect to face over the next three years.

Meanwhile, a further 23 per cent of small and medium enterprises are worried about keeping the staff they already have, according to the Raymond Chabot Grant Thornton survey.

The vast majority (83 per cent) said they were focused on investment in employee training to try and make up for the lack of qualified workers that impedes day-to-day operations and longer-term growth.

Quebec is in the grip of a labour market shortage, stunting the growth prospects of businesses, particularly those based outside major cities.

Quebec’s skilled worker immigration system is currently in a transition period, as the province decides how it will move from the old first-come, first-served system to the new Quebec Expression of Interest.

The Coalition Avenir Quebec has pushed ahead with a campaign promise to reduce immigration targets by 20 per cent in 2019, from 50,000 newcomers to 40,000.

Provincial officials say the French-speaking province needs to improve its services for integration before the number can begin to increase.

Bill 9 is expected to be voted into law sometime in June 2019, forcing those whose applications have not been processed to reapply through the new Expression of Interest system.

The CAQ had tried to halt application processing before Bill 9 was voted into law, but an injunction was granted against this after a case brought by immigration lawyers.

It all means that Quebec employers looking to hire skilled workers can expect little help from the immigration system until after the June 2019 vote.

Thousands of profiles have already been registered for the Quebec Expression of Interest system, which will operate in a similar way to Express Entry.

Candidates submit profiles into an Expression of Interest bank, with the best-scoring profiles invited to apply for immigration through the Quebec Skilled Worker Program.

Research by an economic research organization questions the arguments behind the CAQ’s decision to reduce Quebec immigration and cancel existing applications.

The study was based on data from Statistics Canada and the Quebec government.