Hong Kong Citizens Are Moving To Canada In Droves 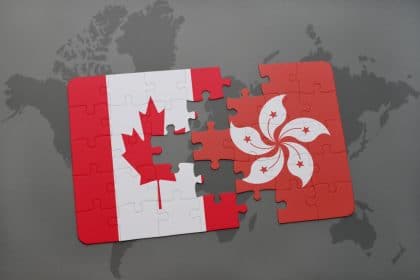 Jun 25, 2018 – Canada admitted a record number of Hong Kong citizens as permanent residents in 2017, as applications from the territory also increased by 30 per cent.

Application figures have been on an upwards trend since 2012 when 963 applications were received.

The numbers are important for Canada, as Hong Kong is viewed as one of the world’s foremost destinations for skilled workers.

That Canada has been able to attract interest from the territory shows its skilled worker immigration policies are working.

How Many PR Applications Does Canada Receive From Hong Kong? 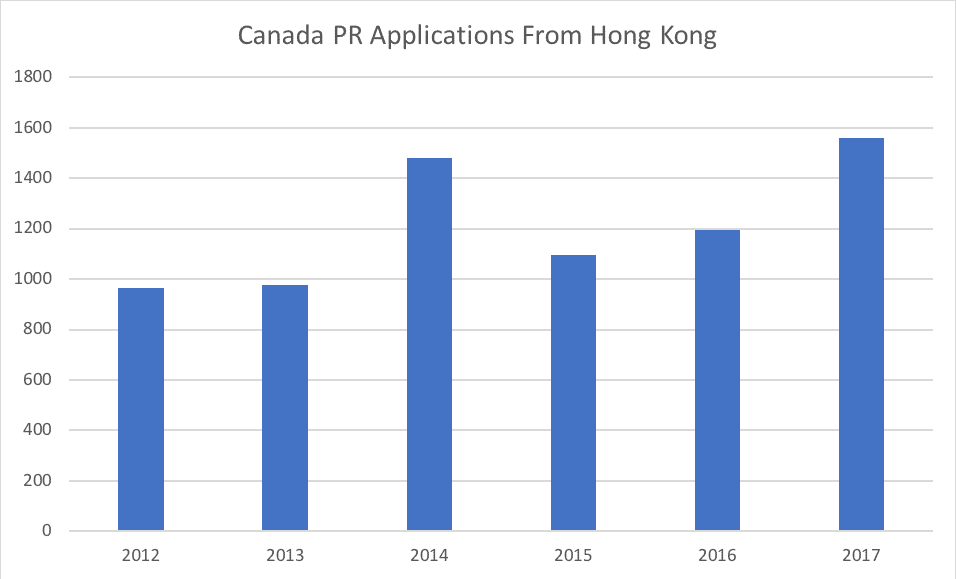 The numbers are leading to fears in Hong Kong that the territory suffering a brain drain to Canada and other countries.

Experts point to the trend in Hong Kong to send children abroad for education. This is supported by the rising numbers of Canada Study Permitsissued to Hong Kong residents.

How Many Hong Kong Citizens Are Studying In Canada? 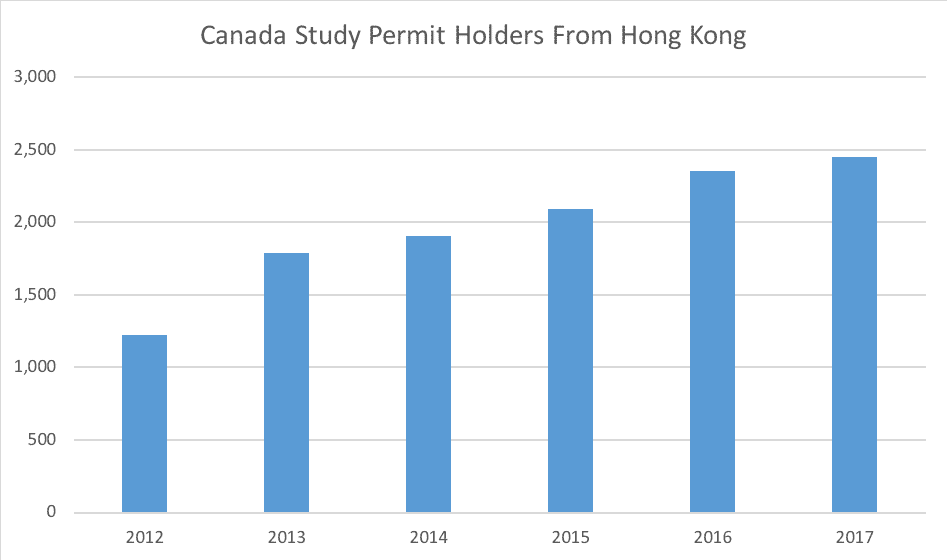 How to Apply For Canada PR From Hong Kong

Canada has made no secret of its intention to target Asian countries like Hong Kong and China for new permanent residents and international students.

New visa centres have been opened across China to make it easier for applications to be submitted and processed.

Qualified technology skilled workers can have their work permits processed in two weeks via the Global Talent Stream.

Once in Canada, candidates can achieve permanent residence quickly through the Express Entry System.

Canada courts international students from all over the world by establishing a clear pathway to permanent residence and citizenship after graduation.

International students completing their degrees can access the Post-Graduate Work Permit, gaining the experience needed to become a Canadian permanent resident via Express Entry or a provincial immigration program.

Some of the time spent in Canada as a temporary resident can also count towards a citizenship application under recent changes made by the Liberal government.