With the upcoming Canadian general election less than a month away, the three main parties contesting the election – the Conservatives, the New Democrats, and the Liberals have been attempting to win over voters with their proposals for Canada’s often contentious refugee and immigration policy. 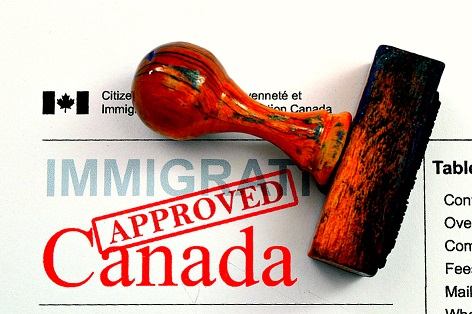 Though much of the criticism of Canada’s current immigration system has been aimed at the Conservative government, the message from the party to voters is too basically to expect more of the same. If they win the election, the Conservatives intend to continue with the approach they have adopted throughout their years in government, one that favours highly skilled economic migrants over temporary foreign workers and family class.

To that end, the Conservatives say have vowed to persist with the Immigrant Investor Venture Capital (IIVC) program designed to attract high net worth immigrants to Canada, despite the extremely low number of applications received by the program to date. The Conservatives say they will continue to back the controversial changes introduced under the Strengthening Canadian Citizenship Act that allows for the revocation of citizenship from dual national Canadians. It has also committed to double the loans made available to new immigrants who want to get their foreign credentials recognized in Canada.

The Liberal Party has criticized the Conservatives for their hard-line policies on family reunification, and has promised to introduce a series of changes aimed at immigrants looking to bring their families to Canada. The party will nearly double CIC’s budget for family class immigration processing, while also doubling the total number of new parent/grandparent sponsorship applications allowed, which currently stands at 5000 each year.

Express entry applicants who have Canadian siblings will be granted additional points, while the maximum age for dependents of immigrants will be returned to age 22. Foreign spouses of Canadian nationals will also be granted immediate permanent residency upon entering the country, and not be made to wait for the two years as currently required. The Liberal’s have also vowed to repeal the Conservative’s two-tier citizenship law.

Though the New Democratic Party has not yet released their entire immigration platform they have also promised to accelerate procesing times for immigrant families in order to ease the family reunification process. The NDP have also committed to revamp the foreign credential assessment system and have pledged to offer temporary foreign workers a path to citizenship.

On refugee policy and Canada’s response to the Syrian refugee crisis, the Conservatives have pledged to increase the number of immigration personnel allocated to process refugee applications, while also doing away with the requirement of United Nations refugee confirmation documents.

To summarize, the parties’ general approach to immigration is made clear in their own words:

Conservatives: “While we welcome immigrants to this country who contribute to our economy, we will continue to crack down on foreign nationals who commit serious crimes in Canada.”

Liberals: “Under Stephen Harper, Canadians are being encouraged to be fearful of one another, and our country has experienced 10 years of decline in three major areas: family reunification, refugees, and citizenship applicants. A Liberal government will end the Conservative decade of failure, and restore fairness to Canada’s immigration system.”