How Canada’s Immigrant Entrepreneurs Are Bucking A Global Trend 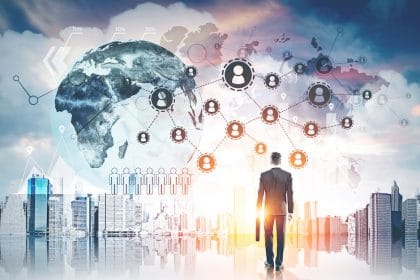 September 2, 2018 – Canada’s immigrant entrepreneurs buck the trend seen in other developed countries by running their businesses for at least as long as their Canadian-born counterparts.

That is one of the central findings of a Statistics Canada study into immigrant entrepreneurs in Canada.

Research found that 80 per cent of immigrant owners of private companies were still owners two years after starting their business. Furthermore, 58 per cent still had their businesses seven years on.

According to Statistics Canada, the percentages are similar for the Canadian-born.

Meanwhile, studies from Sweden, Norway, Germany and the U.S. have found immigrant-owned businesses have a shorter survival time that those owned by native-born entrepreneurs.

“Business survival times are affected by immigrant characteristics such as age, source region and industry,” the Statistics Canada article says.

Immigrant entrepreneurs are an important consideration in the cost-benefit analysis of immigration policy.

Immigrants in general can have a positive economic impact by contributing skills, lowering the age of the labour force and aiding innovation.

But immigrant entrepreneurs have “the potential to make direct contributions by starting new businesses and creating jobs”, says Statistics Canada.

In the first few years after arrival, ownership rates are below those of the Canadian-born, but after time the figures are reversed.

About 5.8 per cent of immigrants who had been in Canada for 10 to 30 years owned a private incorporated company with employees in 2010. The figure is 4.8 per cent for Canadian-born.

Furthermore, 10.8 per cent on long-term immigrants were self-employed, compared to a Canadian-born figure of 7.5 per cent.

What Immigration Categories Do Entrepreneurs Come From?

However, the business class of immigrants is small, meaning they only account for one in 10 immigrant-owned companies.

The much bigger economic class has a business ownership rate of 14.9 per cent, accounting for 40 per cent of immigrant-owned firms.

Rates of business ownership in the family and refugee classes – 14.9 per cent and 14.4 per cent respectively – are comparable to the economic class.

Combined, the two classes account for 44% of immigrant-owned businesses.

Important differences emerge when it comes to the type of business owned by different categories of immigrants.

What Is the Favoured Knowledge-Based Fields of Economic Immigrant Entrepreneurs?

What Are The Favoured Professional Service Fields of Economic Immigrant Entrepreneurs?

“This is likely related to the fact that a high proportion of economic immigrants have degrees in engineering and computer science,” the Statistics Canada report said.

Meanwhile, business class immigrants “tended to be concentrated in the more traditional sectors such as wholesale trade, retail trade and food service”.

A significant proportion of the business class self-employed focused on real estate, more than other immigration classes and the Canadian-born.

How Entrepreneurial Spirit Is Thriving Among Immigrants to Canada

Regardless of the economic class, immigrants are drawn to start their own businesses or become self-employed at a greater rate than the Canadian-born.

Start-up businesses are a central factor relating to economic growth.

The evidence in the report can be added to the growing body of facts that show immigrants are crucial to helping the receiving country’s economy thrive.