How The Liberals Can Improve Canada’s Immigration Policies (Audio)

A Canadian, is a Canadian, is a Canadian. These are among the many words that Canada’s new Prime Minister designate Justin Trudeau echoed during his victory speech, distinguishing himself from the policies of the departing conservative government. He was of course referring to the two tiered citizenship status created by the conservatives which passed the highly controversial Bill C-24 this past summer, known as the Strengthening Canada Act. It is a near certainty that many provisions of this law, which critics assert violates the Charter of Rights and Freedoms, will be repealed. But with the exception of this, Syrian refugees and perhaps a few other issues, Canada’s immigration policies under the centrist liberals will unlikely take on a much different direction than previously. However it is the tone towards its immigrant communities that is sure to undergo transformation. Here are some of the changes we can expect and what the new government must prioritize. 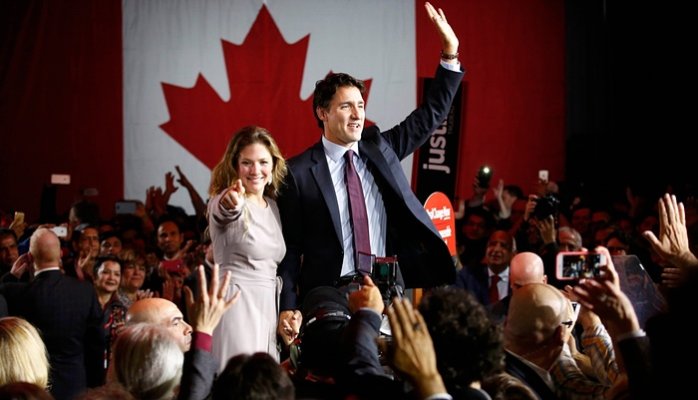 The government normally tables Canada’s projected annual immigration levels each November. The levels for 2015 range between 260,000-285,000, the highest in 5 years. Expect 2016 levels to be marginally higher to accommodate the increased numbers under family class and refugees from Syria which the liberals promised during the election campaign.

Recent changes to the Citizenship Act make it much harder for permanent residents to obtain Canadian citizenship. Now, fewer will succeed in becoming citizens.  Applicants will continue to wait 4 years to qualify for citizenship but older applicants will likely face a tempering of the difficult knowledge based language tests to qualify. Expect the repeal of certain provisions affecting dual citizens, including those born in Canada who under the new rules can have their Canadian citizenship rescinded.

The Liberals will make family reunification marginally easier for new immigrants. Expect a doubling of the number of parents and grandparents admitted under the Canadian parents and grandparents program (PGP) that are granted permanent residency each year to 10,000.  Current quotas are 5,000 per year.  However judging from previous submission periods, the expanded program will quickly open and close in less than a week.

The Liberals also promised to double the budget for processing applications under the (PGP) program, which should significantly reduce the multi-year wait times that most immigration applicants are currently incurring. Additionally, there are expectations that spouses of immigrants will be granted permanent resident status as soon as they arrive in Canada. Under existing rules, spouses receive conditional visas and must wait two years before transitioning to Canadian permanent residence.  The new government also pledged to raise the maximum age for dependents of immigrants from 19 to 22, reverting back to the previous criteria.  This will make it easier for the older children of immigrants, many who are already working in Canada, to join their parents in Canada as accompanying dependents.

In January 2015, a new system was introduced called Express Entry for the management of economic immigrants.  It was described in part as a system to fast track permanent residence for highly skilled workers already working in Canada under the temporary foreign worker program. Candidates who meet minimum entry criteria, express interest to acquire permanent residence by submitting an online profile to the Express Entry Pool.  Yet employers who are interested in permanently retaining a foreign worker already working in Canada must still pay a $1000 government fee and undergo an evaluation for a positive Labour Market Impact Assessment confirming that no Canadian is available.   This makes no sense because that confirmation was already rendered when the worker initially began working in Canada. The government is encouraged to consider waiving the LMIA requirement for temporary foreign workers already working in Canada as these individuals have proven abilities to secure employment.

Expect continued policy initiatives from Ottawa with all of the provinces on the recognition of foreign credentials.  This includes furtherance of programs, initiatives and increased funding of the Pan-Canadian framework for the assessment and recognition of credentials. This is needed to help Canadian businesses recruit highly skilled foreign workers and fill gaps in our domestic labour markets.

Among significant changes Canadians should expect under the new Liberal government are those aimed at refugees and refugee claimants.  In particular, previous reforms that deny due process to vulnerable asylum seekers under a discriminatory two-tier system based on nationality, must be repealed. Expect a review of previous policy which eliminates basic health care services to refugees.  The Federal Court struck down the departing conservative government’s cuts to refugee health care describing it as “cruel and unusual” because it jeopardizes refugees’ health and shocks the conscience of Canadians.

Calls will be made for amendments to our immigration laws for removal of provisions that harshly punish permanent residents who are subject to arrest, detention and deportation for minor criminality offences.

Perhaps the most noticeable difference in future policy will be a change in government tone towards Canada’s immigrants. Indeed, immigration policy decisions affect how Canada is perceived in the world and will shape our nation for generations to come.  It is important the Liberals give priority to addressing the past failures in order that we regain our tarnished reputation.

Interested candidates: Find out whether you qualify to Canada by completing our free on-line evaluation. We will provide your evaluation results within 1-2 business days.