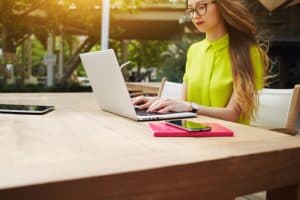 Mar 9, 2018 – Second-generation Canadian immigrants have higher income levels parents according to a new study based on the 2016 census.

The conclusions drawn in the Association of Canadian Studies report support of ideal of families moving to Canada to offer better opportunities for their children.

The study focused on immigrants in the prime working age of between 35 and 44.

It found that while first-generation immigrants under-perform in terms of earnings, particularly those from visible minority groups, the second-generation group more than makes up for the shortfall.

In the third generation, the income level tapers somewhat, although not for immigrants from South Korea and Japan.

The report finds that first-generation immigrants from visible minority communities earned an average post-tax income of just over $38,000, while white immigrants earned a shade below $48,000.

Second generation white immigrants earn more than their parents, around $54,200 per year, but they are surpassed by the children of first-generation visible-minority immigrants, who earn around $56,000,  a 47 per cent jump in their annual income as compared to their parents.

Immigrants from both communities outpaced their white peers, while children of Latin American and black immigrants lagged behind. Incomes of the two groups rose by just 20 per cent and 22 per cent respectively compared to their parents.

The report attributes the strong jump in annual incomes to the efforts put in by the first generation to ensure their children take full advantage of the move to a new country. The enhanced expectations combined with importance traditionally attached to higher education among such communities has contributed to the surge in annual income levels.

The reasons for the fall in income of third-generation immigrants are varied. While the first generation holds on to traditional values, the second generation seeks to embrace Canadian values and traditions, emphasizing freedom of choice.

The third generation, owing to the relative prosperity of their parents, can choose to simply ignore the high expectations of members of their communities, something their parents or grandparents could not.

Third-generation visible-minority immigrants, except for Koreans and Japanese who see a modest increase, witness an 18 per cent fall in annual income. The third generation of white immigrants also faces a 9 per cent drop.

It also concludes that more should be done to recognize the skills and knowledge of first-generation immigrants, to allow them to integrate faster and earn more.

The fall in income of third-generation immigrants shows that some are better at adjusting to a knowledge-based economy where innovation, adaptability, and foresight are as important as a degree and the intent to work hard.

A separate report from Statistic Canada confirms that the children of immigrants outperform children from Canadian-born parents in educational attainment, adding another important benefit that immigrants bring to Canada.

These findings are outlined in a paper entitled ‘Educational and Labour Market Outcomes of Childhood Immigrants by Admission Class’ and reveals that children of immigrants graduate high school at a rate of 91.6 per cent, against 88.8 per cent of children who are third generation or more.

At university, the gap increases, with 35.9 per cent of immigrant children graduating against 24.4 per cent from the established Canadian group.