Hussen Defends Plan To Persist With Self-Regulation For Immigration Consultants 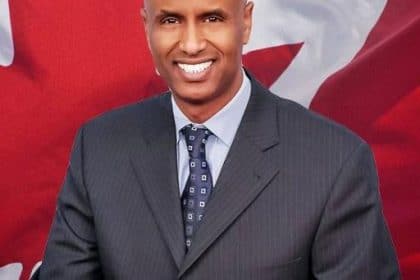 May 7, 2019 – Canada Immigration Minister Ahmed Hussen has defended plans to continue a policy of self-regulation for the immigration consultancy industry.

Ottawa announced in early April the plan to form the College of Immigration and Citizenship Consultants (CICC), to replace the existing Immigration Consultants of Canada Regulatory Council (ICCRC).

The move goes against 2017 Standing Committee recommendations for the ICCRC to be disbanded, and regulation brought directly under the federal government’s remit.

“We looked at it very seriously, we considered it, we studied it. There were a number of issues with it,” he said in front of the committee on Monday.

Calls for the regulation of the industry to be improved stem from frequent stories of ‘ghost consultants’ charging extortionate amounts for their services, making false promises and ultimately committing fraud against vulnerable immigration candidates.

The federal government plans to spend $51.9 million over five years in forming the CICC and improving the regulation of the industry.

“It is the responsibility of governments to do all we can to stop this kind of unethical and damaging behaviour,” Hussen said.

“At the same time, we must acknowledge that there are many, many honest and ethical professionals who provide important services to clients, and they help them to navigate the immigration system.

“It is imperative to create a system that better protects everyone involved. While fraudsters will always seek ways to benefit themselves, we can make it harder for them to succeed and deter others from seeking to do the same.”

The College of Immigration and Citizenship Consultants Act, tabled as part of the budget implementation bill tabled on Monday April 8, 2019, will see the introduction of a new licensing regime and a new code of professional conduct for immigration consultants.

Previously there have been a number of damning reports into the conduct of the existing ICCRC, exposing an unprofessional organization beset with in fighting and poor practices.

The current legal framework does not enable ICCRC to police unlicensed consultants inside Canada or abroad.

This leaves the task for CBSA and RCMP, as well as the federal government to try and address this problem.

A number of high-profile fraud cases have thus made their way into the Canadian legal system.