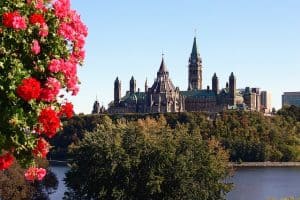 Currently sick or disabled immigration candidates who it is deemed could be an excessive draw on Canada’s health care system are rejected. The policy includes the dependents of primary candidates.

The 40-year-old policy regularly creates some uncomfortable press headlines for Ottawa, and now Hussen has revealed all options are open, including completely scrapping what he called an ‘important and sensitive’ issue.

Hussen appeared before the Standing Committee on Immigration, revealing he did not feel the current policy is reflective of Canada’s values.

“From a principled perspective, the current excessive demand provision policy simply does not align with our country’s values of inclusion of person with disabilities in Canadian society,” said the chief of Immigration, Refugees and Citizenship Canada.

He also revealed the majority of provincial government representatives supported reviewing the policy, although there was some opposition because of the potential costs that would be incurred.

Federal government estimates suggest the policy saves $135 million out of five-year medical spending, which represents 0.1 per cent of the total provincial/territorial health budget.

Central to an immigration officer’s decision under current rules is whether health or social costs will be more than the average per person spend over five years. Applicants are also rejected if they stand to lengthen a waiting list resulting in delayed care for Canadian citizens or permanent residents.

Hussen is the latest in a long line of stake-holders who have appeared before the Standing Committee.

The IRCC has face criticism for not applying the rules consistently, with the suggestion being immigration officers need more training on how to interpret the current framework.

In response, Hussen said all decisions on medical grounds would be handled by a centralized body under plans currently being worked on.

“This is not an exercise in rhetoric on my part,” Hussen told the Standing Committee. “I’m very cognizant of the fairness issue raised by the policy.”

Statistics show more than 220 people deemed inadmissible on medical grounds requested humanitarian consideration between 2013 and 2016. Some 91 per cent of them were successful.

Medical inadmissibility rules do not allow for candidates to commit to paying for their care, where the specific service is publicly funded. If the treatment required is not publicly funded, whether the applicant has the financial means to pay does become a consideration.

When they assess the risk of an applicant, the officers will need to consider various factors. Some of the aspects that officers could consider include: