According to the three Maritime premiers, the Atlantic Provinces badly need more immigrants, while former New Brunswick premier proposed his own solution: require newcomers to live in the region.

“The imperative to have an immigration profile that is similar to the rest of the country in all aspects is mission critical,” Prince Edward Island Premier Wade MacLauchlan said recently. 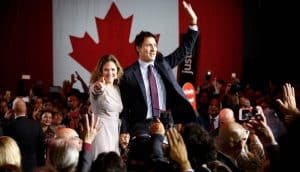 He was reacting to a recent op-ed piece written by Frank McKenna, where the former New Brunswick premier says boosting Atlantic Canada’s population through immigration is necessary to combat the region’s aging and declining populations.

McKenna, who is now deputy chairman of the Toronto-Dominion Bank, said in an interview that the federal government should create a special program for Atlantic Canada that would require immigrants to live three to five years in the region before they are granted citizenship.  His advice is badly misguided.

Nova Scotia Premier Stephen McNeil appears closer to the mark when he says that the provinces have a responsibility to work with communities and social groups to create the infrastructure and support system so that immigrants who come to the region will want to stay.

The right to legislate in the field of immigration in Canada is shared equally between the Federal government and the provinces. Since the Quebec government acquired exclusive rights to establish its policies and programs more than 30 years ago, all of the provinces and territories have implemented their own immigration programs to select immigrants.

But what is the implication when a province issues an approval for a newcomer to relocate to its province and what are the obligations of an applicant to actually settle in that province?

Increasing numbers of applicants are applying for admission to Canada under a provincial nomination program (PNP) or through Quebec.

A starting point for discussion is section 6 of the Canadian Charter of Rights and Freedoms. Commonly known as the Canadian Charter or the Constitution Act, 1982, it is a series of legislative enactments dating back to the birth of Canada in 1867. It provides Canadians with basic rights in relations with government at all levels and binds each of the provincial/territorial legislative assemblies in Canada including the federal government. Section 6 of the charter expressly provides permanent residents and Canadian citizens with the right to live and work in any province in Canada.

Once a province selects an applicant, the federal department of Citizenship and Immigration (CIC) will oversee admissibility issues, including health and security.  Upon landing at a Port of Entry (POE) in Canada, the Canada Border Services Agency will also ensure admissibility and this would include verifying the truthfulness of an applicant’s intentions to reside in a particular province.

After receiving a permanent residence visa and appearing at a port of entry for admission to Canada, once admitted validly, there is nothing that can come in between an applicant’s charter mobility rights to live and work anywhere in Canada. Imposing residency restrictions as a condition of citizenship in addition to being ineffective, will unlikely overcome these protections. Provinces which seek to attract newcomers under their provincial immigration programs are better advised to create the right conditions to attract and more importantly, retain immigrants.

Canada’s 730-day residence rule is among the most flexible and this adds further complications to the retention issue.  Newcomers can theoretically leave Canada soon after becoming permanent residents for a period of up to 3 years while retaining their Canadian permanent residence during an initially long period of absence. Upon return to Canada, their initial place of residence can be modified without formality.Government immigration officials at all levels are well aware of this dilemma.

Indeed, this has been an ongoing challenge for some of the provinces that are being used by prospective applicants as a “back door entry” to Canada, who do not otherwise qualify for admission under federal programs.  Conversely, many applicants’ pigeon hold their application to meet provincial programs where they have no intention of residing.

Retention of immigrants must be addressed strategically by all levels of government.  Provincial policy makers need to create the right conditions and consider a variety of measures for immigrants to remain there. First, they can consider retention incentives in the form of short term provincial tax credits for new residents.  They may also implement arrangements with municipalities to offer residential land purchases for new housing construction in outlying areas, at below market prices.  Finally, municipalities can offer conditional property tax exemptions to attract new residents.

Given the need to rely on immigration as a tool to meet growing demographic challenges, policy makers in Atlantic Canada and elsewhere must consider the carrot approach.  The immigration tools are in place.  They just need to be complemented with input from a much wider range of stakeholders and create the right conditions for immigrants to remain in their stated province of destination by choice.  This strategy will go a long way to help ensure the success of Canada’s overall immigration policy objectives.