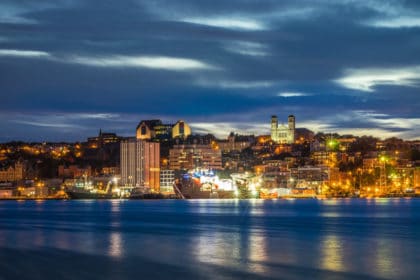 Aug 02, 2019 – Increased interest in immigration to Newfoundland & Labrador is pushing up processing times, according to a CBC News report.

Candidates are having to wait double the stated target processing time of 25 days to discover in their applications have been successful.

This follows a significant increase in the number of applicants received through the Newfoundland & Labrador Provincial Nominee Program (NLPNP) and the joint federal-provincial Atlantic Immigration Pilot.

Officials say that while work needs to be done on reducing the processing times, the increased number of applications is a major positive for a province than has struggled to attract new immigrants.

Meanwhile, the province had 68 AIP applications pending in May 2019, compared to just one in May 2018.

However, critics say the increased processing times could lead to applicants looking to other Canadian provinces for their applications.

With a provincial government pushing the need for increased immigration, the resources need to be available to process applications quickly.

Newfoundland has a stated target of 1,700 new immigrants per year by 2022, but expects to beat the total comfortably in 2019.

Compared to the numbers being attracted nationally, the figure is relatively small, but represents a big increase for a province that struggles to bring in newcomers.

Newfoundland, like the other Atlantic provinces, is at the sharp end of Canada’s battle with an aging population and shrinking labour market.

It features five immigration categories aside from the Atlantic Immigration Pilot: