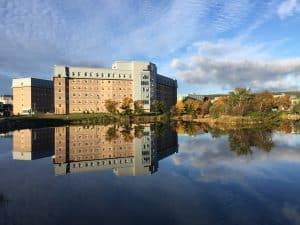 The Atlantic province wants to make it easier for graduates to stay on and begin their working lives in N.L.

The initiatives will be funded through the Labour Market Partnerships Program and run by the province’s Association for New Canadians (ANC).

Eileen Kelly-Freake, director of career services for the ANC, said: “Undoubtedly, international graduates and students have much to offer local employers, especially in terms of their education, work and life experiences, multilingualism, and global networks.”

The new programs are:

The Student Internship Pilot Program will aim to offer international students with 12-week internships in their field of study at N.L. businesses. Candidates must be enrolled on a full-time basis at recognized post-secondary N.L. institutions.

2) My First Job in Newfoundland and Labrador Pilot Program

International graduates specifically from Memorial University or College of the North Atlantic will be matched to 16-week placements in their field of study under the My First Job in Newfoundland and Labrador Pilot Program.

“We encourage the business community to avail of this opportunity to build our community, and to employ these skilled and talented individuals,” said Al Hawkins, Minister of Advanced Education, Skills and Labour.

The programs are part of a move by the N.L. provincial government to address a shrinking labour market and aging population through immigration. As part of a new project named ‘The Way Forward on Immigration in Newfoundland and Labrador’, the province is aiming to welcome 1,700 newcomers per year by 2022.

The pilot programs come after the N.L. immigration office announced a change to the requirements for the province’s International Graduate category recently.

Under the change, candidates who graduate from Memorial University and the College of the North Atlantic can qualify for the Newfoundland & Labrador Provincial Nominee Program category despite their job or job offer being in a field different from their studies.

Graduates of schools other than Memorial University and the College of the North Atlantic remain subject to the original category requirements.

The province has an allocation of up to 442 immigrants on top of its provincial nominee allocation under the pilot, which is operated by the federal government in partnership with each of the four Atlantic provinces.

The federal government sees international graduates as blue chip new permanent residents: young people with a Canadian education, knowledge of the official languages, often with Canadian work experience and knowledge of how life works here. This puts them already on the pathway to fast integration into Canadian society.

Since coming to power in fall 2015, the federal government has attempted to make it easier for international students to gain permanent residence.