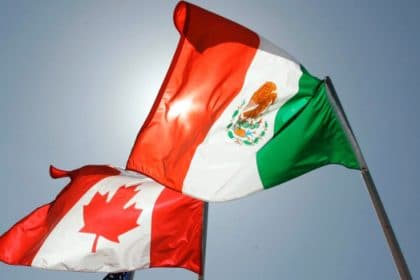 December 4, 2018 – Canadian Prime Minister Justin Trudeau signed the new trade agreement with the U.S. and Mexico on the sidelines of the recent G20 summit in Buenos Aires, Argentina.

How the New U.S.-Mexico-Canada Agreement Affects Labour Mobility?
How NAFTA’s Fate Impacts Canadian Professionals in the U.S.
How NAFTA Free Movement Talks Threaten Status of Tens of Thousands of Professionals

Despite Trudeau and his counterparts – Donald Trump and Enrique Peña – signing the deal, it still needs to be ratified by all three parliaments, meaning it is a long way off actually taking effect.

While the signing is no-doubt an important milestone, there are still many hurdles to overcome before the United States-Mexico-Canada Agreement is in place.

Trump’s public attitude towards his neighbours is going to make it difficult for lawmakers in both Canada and Mexico to sign a deal the U.S. president has been pushing for since coming to power.

Even at the signing with the three leaders together, Trudeau said Canada needed to see steel and aluminium tariffs between the two countries removed.

This is significant given such media set-piece signings are normally always met with nothing but positive soundbites from the participating parties.

Trudeau was signing a trade deal, while at the same time highlighting his dissatisfaction with U.S.-Canada trade. This shows there remains a big gap between finding common ground on trade between the two countries.

In Canada, the visas under the previous NAFTA deal and the new USMCA are administered through the International Mobility Program.