Despite initial online indications to the contrary, Canada’s new Liberal government has reiterated its pledge to double the number of family reunification applications that are processed by the Canadian government each year. During Canada’s most recent election, Liberal leader Justin Trudeau promised that, if elected, he would increase the cap on the number of family reunification applications processed by the Canadian government from 5,000 to 10,000. The 5,000 application limit had previously been imposed by Stephen Harper’s Conservative Party government. 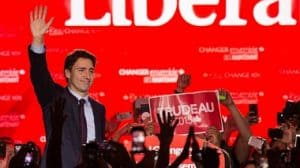 Recently, however, Canada’s Citizenship and Immigration website announced that Canada was accepting family reunification applications for 2016 but warned readers in bold font those applications would be capped at 5,000. This has since been corrected.  Canadian Immigration Minister John McCallum has publicly stated that the Liberal Party remains committed to doubling the family reunification application cap from 5,000 to 10,000.

Prime Minister Trudeau is soon expected to clarify his government’s family reunification policy as well as the levels within other categories when the Liberals present their annual immigration report.