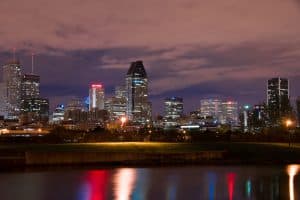 Increased spending by Canada’s Liberal government will spur the economy and offset the negative impact of oil prices, according to the central bank.

The Bank of Canada raised its growth forecast for 2016 based on the budget announced by Justin Trudeau’s government in March, but kept interest rates the same as a sign of caution.

It warned that the drop in the price of oil would limit growth for years to come, and slightly downgraded the outlook for 2017.

“The fiscal measures announced in the March federal budget will have a notable positive impact,” a Bank of Canada statement said.

However, the decision to maintain the interest rate at 0.50 per cent took into account the drop in commodity prices, with slowing foreign demand and a recent currency rally also factored in by the bank’s decision makers.

Were it not for the government spending measures, there would have been a downgrade in the growth forecast.

Canada remains in an adjustment phase following the lay-offs and reduced investment of energy companies as a result of the oil price drop.

A strong first quarter of 2016 has seen optimism return slightly, but the Bank of Canada does not expect that momentum to continue.

The Liberal infrastructure spending plan, which will result in budget deficits, is design to bolster the economy, with the central bank saying the impact would start to be seen in the later part of this year.

The decision to leave the rate unchanged was widely expected, with economists citing the government’s fiscal spending plans and stronger-than-expected data early in the year.

While non-resource exports are gathering momentum, the central bank said, they are likely to be weaker than previously anticipated because of a stronger currency and weaker-than-expected foreign demand.

Inflation is expected to return sustainably to the Bank of Canada’s target rate of 2 per cent at some point in the second half of 2017, slightly earlier than previously projected.

The Canadian dollar edged higher against the US dollar following the central bank’s rate decision.